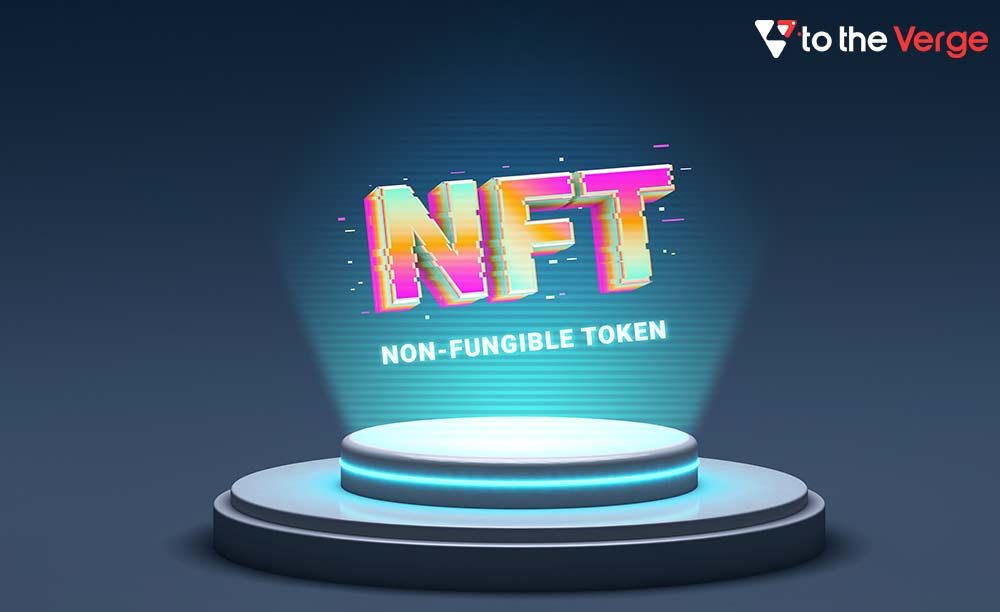 New and unique ways of earning income are on the rise, amongst which the blockchain-based areas such as cryptocurrency creation, NFT minting, lazy minting, and blockchain gaming are all at the forefront.

The increasing world population would require stretching the global economic pie for which new sources of income need to be devised. In this regard, several companies and people are exploring blockchain technology-enabled alternatives.

So, what is NFT minting? It can be simply described as the process of converting digital files into digital assets and then storing them on the blockchain.

Minting an NFT on a blockchain usually costs money because writing data onto the blockchain necessitates a service charge. It is called the ‘gas fee,’ which covers the cost of computation and storage.

This cost to mint NFT on OpenSea or any other platform can be a barrier for NFT creators, particularly those new to NFTs who do not want to invest a large sum of money upfront without knowing whether their work will sell.

Such a scenario often makes them wonder whether free NFT minting could be done? Or is there any other alternative to save the cost to mint NFT on OpenSea?

More often than not, people receive ‘lazy minting’ as the answer to their query. But, what exactly is lazy minting? And does lazy minting differs across platforms?

We aim to answer these queries in the simplest way possible and offer a free NFT minting guide for you to use per your requirement. So read till the end to learn more!

What Is Lazy Minting?

Before understanding what lazy minting is, let us learn about its background. Where does its requirement originate from? Lazy minting was introduced as a solution for the most common problem of a congested network in the blockchain industry.

As the number of people performing transactions on the blockchain increases, so does the traffic and congestion of the network. Consequently, this causes an increment in the gas fees, making NFT minting an expensive affair.

However, an NFT creator is exempted from paying a higher gas fee with the provision of lazy minting.

In simple terms, lazy minting refers to the practice of minting coins “just in time” at the point of purchase. It has been adopted by marketplaces such as OpenSea to lower the barrier to entry for NFT creators by allowing them to create NFTs with no upfront costs.

Lazy Minting debuted in late 2020, and top-tier NFT marketplaces such as OpenSea, and Rarible quickly grew in popularity because they offered this feature. Minting means “at the appropriate time,” and lazy minting means minting at the time of purchase.

The concept quickly gained traction among manufacturers because it allowed them to sell their NFT without having to make an initial investment in gas fees.

A creator or artist can mint their artwork for free using this lazy minting concept; thus, it is also known as free NFT minting. 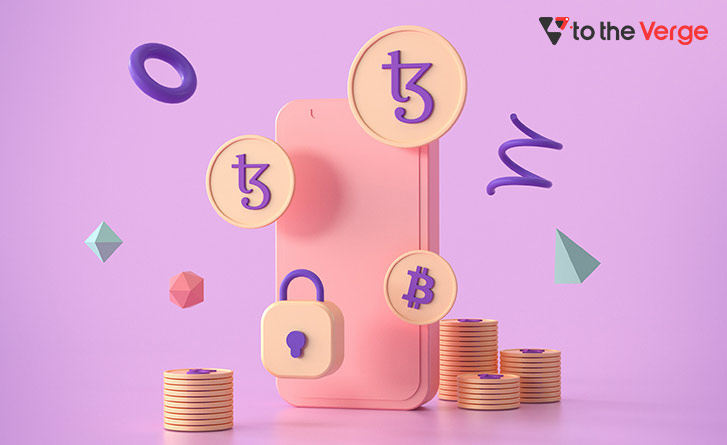 How Does Lazy Minting Work?

Lazy minting occurs when an NFT is available “off-chain” or outside the blockchain and is minted only after an NFT sale.

The creators are not required to pay the gas fee right away for coining their NFTs. Instead, using lazy minting, they can pay the charge of operating the computation power and other resources when their NFT is purchased in real terms. The provision to pay the gas fee later enables them to enjoy the perks of free NFT minting by saving expenditure initially.

When a potential buyer shows interest in purchasing an NFT, the gas fee is paid after that NFT crypto artwork is sold and transferred “on-chain.” As a result, the responsibility for free NFT minting falls on the buyers rather than the NFT creators. In addition to being cost-effective, the lazy minting method reduces unnecessary computing power because only the sold NFTs will be minted.

However, one must note that lazy minting or free NFT minting does not exempt anyone from the obligation to pay the charge for using the blockchain network’s computational power. Hence, once the artwork of the NFT creator is purchased, they would have to pay the gas fee.

Therefore, the suitable amount or surcharge would be deducted from the value of the sale. Given this feature, the risk factor in terms of the NFT minting cost without any real deal comes down to zero.

The concept of lazy minting enables artists and producers to create new NFT artworks freely and put them up for sale or resale without the fear of loss with free NFT minting.

Lazy Minting vs. Paid Minting – What Should You Choose?

Paid minting is the procedure of turning digital art assets or digital artworks into NFTs. It is an alternative to lazy minting with general similarities in the process.

NFT Mining schemes like paid minting, lazy minting or free NFT minting are similar to coin or crypto asset processing. For example, a digital artwork will typically be listed on the Ethereum blockchain. Once successfully mined on the blockchain, the project will become an immutable official NFT.

Typically, creators will be charged a fee as a form of incentive to miners for assisting in the entry of their transactions into the blockchain during the NFT mining process.

The gas fee will be calculated in GWEI. GWEI is the Ethereum blockchain network’s gas unit equivalent to 0.000000001 ETH. The minimum amount of gas required to process network transactions is 21 thousand. Therefore, one can calculate the NFT gas fee.

The NFT gas fee is calculated as follows:

Given this information, you may decide whether lazy minting would be a better choice for you than paid minting.

If you feel the need to quickly mint your NFTs and don’t mind paying the gas fee, you could go for paid minting even if it gets a bit expensive.

Otherwise, if you plan to go for an economical and affordable sale of NFTs, one that would allow you to maintain an adequate fund balance, you may choose lazy minting or free NFT minting as an option.

While there are several platforms that allow NFT creators to place their NFTs and crypto artwork for sale or resale, the two most popular platforms are OpenSea and Rarible. Therefore, in the coming section, we’ll elaborate on how one can do free NFT minting on these two platforms.

The process of OpenSea lazy minting would begin when you’d link your Ethereum wallet to your OpenSea account. There are several wallet options available, including MetaMask.Then you would need to create an OpenSea Collection in the OpenSea dashboard by clicking the Create Collection button.

After creating your first OpenSea NFT collection, improvise or add the logo, banner, name, and description if you have it. In the next step, you’ll require to choose your preferred blockchain. For example, use the Polygon blockchain as it would enable the provision of using free NFT minting. 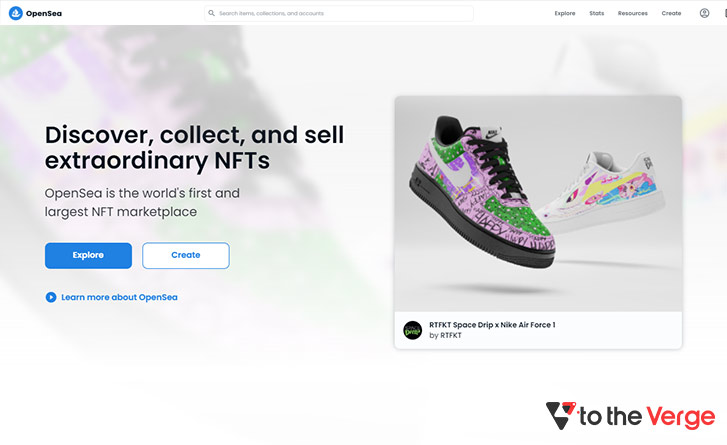 The other platform you may go to for free NFT minting is Rarible. First, visit the platform at Rarible.com and click on ‘Sign In,’ and then link your wallet to your account. Then select the ‘Create’ option and enter the details of your NFT project.

In this stage, you’ll find numerous options available for minting. From them, you can choose free NFT minting. Therefore, select ‘Free minting’ from the list of choices. Next, click on the ‘Create Item’ option and use your wallet to sign free authorizations.

When done with this step, the NFT will be produced. After completing the transaction, the NFT will get minted to your wallet and automatically get transferred to the new owner.

Earlier, the feature of lazy minting or free NFT minting on Rarible was limited to the platform’s default collection. However, now lazy minting is available for owned collections as well. It means that the NFT creators can create a new custom ERC-721 project via Rarible.com without paying any gas fees.

Therefore, now the platform enables free NFT mining even for owned NFT collections by the creators. 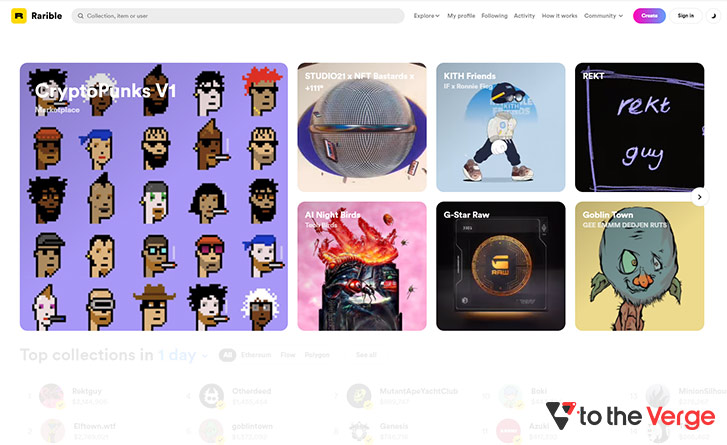 Here are a few frequently asked questions to strengthen your knowledge on the subject matter of lazy minting or free NFT minting.

Q.1 Is Minting An NFT The Same As Buying?

Minting an NFT entails creating something entirely new. For example, you can coin NFTs from an online digital project or convert existing digital items like art, memes, poems, or music to make an NFT. On the other hand, simply buying an NFT necessitates the purchase of an existing item that has already been minted into an NFT.

Q.2 Is Lazy Minting Worth It?

If one wants to save the cost of paying a gas fee upfront without having sold their NFT artwork and earning a reward, lazy minting would be a suitable option.

In this way, it could be considered worthwhile since the creators are not required to pay an upfront fee for minting their NFTs.

Lazy minting is a powerful technique that enables artists and NFT creators to create new NFTs for free without bearing the pressure of paying any cost instantaneously. With free NFT minting, one can make an NFT and list it for sale for free. One is not required to pay anything until a buyer is found.

Therefore, the cost to mint NFT on OpenSea or other platforms is transferred to the buyer when they decide to buy your NFT. With OpenSea lazy minting or free NFT minting on Rarible, one can make and sell NFTs without initial investment. This is the biggest advantage of lazy minting, attracting people across the world from different backgrounds to experiment with NFTs. 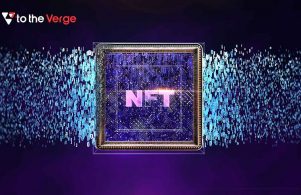 What Is NFT Art? How To Make It And How Does It Work?

NFT Art is one of the hottest trends in the digital realm. Thanks to blockchain technology, we have decentralized digital ledgers that have unlocked a world of opportunities for digital NFT art. 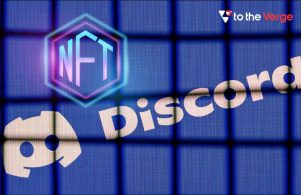 What Is Discord NFT? A Comprehensive Guide

If you're familiar with the NFT space, you must have heard about NFT Discord channels, which have remained the topmost priority for NFT projects since the evolution of the NFT industry. Although 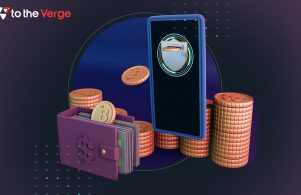 The hype around NFT is real as it has proved its capabilities as an exceptional tool for tokenizing real-world and digital assets with a better assurance of value. Although the domain of NFTs is 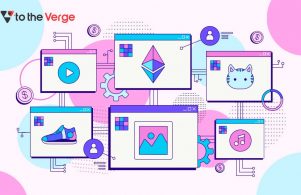 An NFT Minting Website is a portal or platform on the web that allows you to create NFTs and put them up for sale. It enables NFT artists and creators to connect with buyers and helps buyers find the