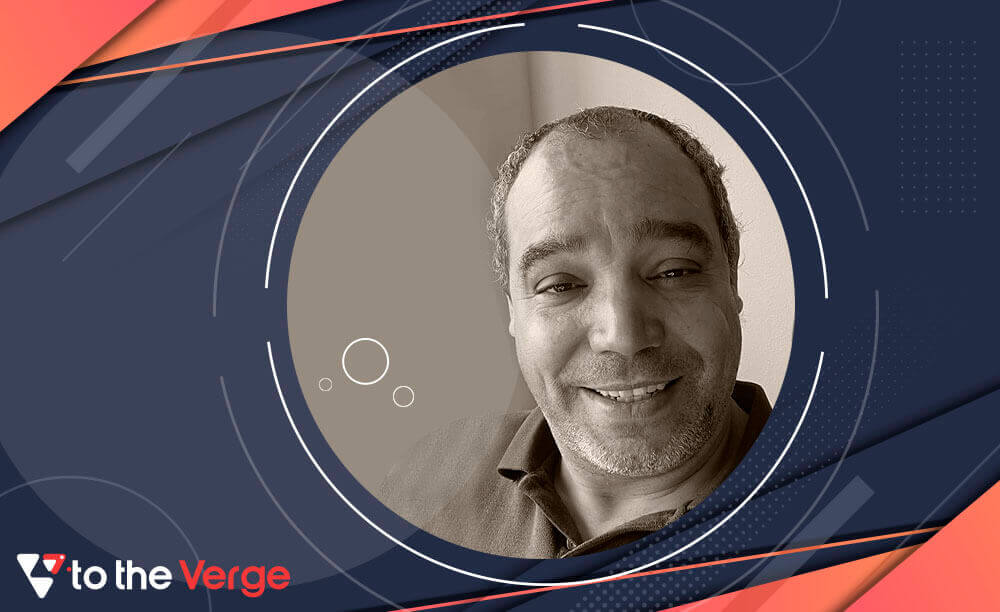 Gaming in the Metaverse: Rafael Brown Shares Vision for the Future

Rafael Brown, Co-Founder & CEO of Symbol Zero, shares his views on the future of gaming, the concept of Play-to-Earn, the coming of Metaverse, and more.

‘To The Verge’ had an informative conversation with Rafael Brown, Co-Founder & CEO of Symbol Zero, a game studio. He shared his knowledge and vision to make games more immersive, explained the meaning and implications of play-to-earn, NFTs, creating virtual events, and a lot more. Stay tuned till the end to learn more!

Table of Contents show
1 About Symbol Zero
1.1 Making Games More Immersive
1.2 The Concept of Play-to-Earn and NFTs
1.3 Is the Metaverse or Web 3.0 around the corner?
1.4 Gaming and Entertainment Industry on Harnessing the Potential of Metaverse.
1.4.1 Conclusion
1.4.2 Guest Profile Rafael Brown is the Co-founder and CEO of Symbol Zero. He is a game developer, game designer, and startup entrepreneur who has been in the video gaming industry for the past 26 years and has worked across 30+ projects. With a passion for gaming and technology, he seeks to build a platform that would provide open-world experiences to various audiences.

Symbol Zero is a game studio that does interactive software development for games, XR, virtual worlds, and more across different devices like PC, consoles, and mobile devices. The studio has done virtual events like the Lil Nas X Virtual Concert Experience, Twenty One Pilots Virtual Concert Experience, Royal Blood Halftime Show at the Bloxy Awards, In The Heights Promotional, and the David Guetta Virtual DJ Experience.

The wave of immersive content and application development upsurged with the release of commercial tethered headsets beginning in the 2010s. The only idea that drives innovation and development in this area is to make the applications interoperable across devices and easy to use and understand.

Rafael recalls the advice he once received, “We are game developers. We can create games whether for PC, Consoles, mobiles, VR devices, or any other future device. It doesn’t matter. They have different interfaces. But, they are all computers. The important thing is to identify what they can do and optimize them. Make whatever experience as intuitive as you can for the controls that you have. And make it run well for the processor on the device.”

The Concept of Play-to-Earn and NFTs

Rafael shared that the whole concept of play-to-earn and NFTs are more of an experiment, and it is too early to make any definitive comment on it. He further added that originally, the idea has existed for more than a decade or two. Games have had economies for a long time, dating back to the early 90s. This is older than the invention of blockchain and NFTs.

“The idea of Play2Earn is close to Play2Exploit. Because to some extent, it says that a bunch of people who are early adopters of this technology get things at low prices. Then they rent or sell those things to other people who come in late so that they work in this.”

“I’m starting to see some people in the Philippines and Vietnam who didn’t have good access to the ability to remote work were in the Axie Infinity. As the prices rise in the semi exploitative environment, the price for entry for 3 Axies increased to $500, $1000, $1500 US. Now you’re thinking, to start playing this game, you have to pay $1400-1500 US. That was last year; now maybe it has risen to $2000.”

Rafael explained the issue is having to pay a significant amount to participate in a speculative thing seems troubling. He further narrated an observation, “There are Facebook groups that are being ‘funded’ for scholarships by a combination of Silicon Valley and Chinese money. They are asking people to come in and take what are essentially loans to purchase an entry to this thing. And then work for six months to pay off the loan. That to me seems like a virtual indentured servitude.  A game should be fun. It should be a leisure time activity. It doesn’t mean some amount of people won’t work, but usually, those people are creators; they are YouTube streamers or an influencer. The notion that a lot of people should go in seems obscure to me.”

Rafael elaborated that he finds the matter so because of the way several Blockchain, Crypto, and NFT spaces are set up. Early adopters would reap the greatest amount of rewards. If not careful, it might sound like a ‘pyramid scheme.’

“What I don’t like about NFTs is that the concept takes a thing that has no value and jacks it up to incredible amounts. It’s a bubble; people are excited. However, most of this is old technology, and many of these things were proven years ago. I think people need to calm down.”

Adding to his views, Rafael shared another reference point to make things clearer. He said, “One game that mostly seems to have an economy in them which was 10k, the SOP price in Axie Infinity lost 2/3rd of its value in the last 2 months because it is so speculative like the crypto market. In contrast to that, Second Life (Second Life – Google) game’s designer and developer, Philip Rosedale, said they try to keep the value of the Second Life Dollar close to the US Dollar to keep it consistent. He understood that you couldn’t have a currency and also have it be speculative. He also said that the value of most virtual things should be lower than their value in real life.”

Rafael elucidates that there is opportunity in these areas, but the whole idea should aim to provide an enjoyable experience be more user-centric, intuitive, and expressive. He believes that if people get a good experience, they will pay what they can afford and grow.

Is the Metaverse or Web 3.0 around the corner?

Rafael has experience of more than a decade in the gaming industry, and he has seen the internet and related ideas evolve quite closely. About his views on the metaverse and web 3.0, he said, “I think people don’t understand how many pieces are needed to get to a metaverse, and you don’t know how far away it is.”

Rafael explained how the early VR and game industry dates back to the early 70s. But it wasn’t until 1996 that things started picking up after the release of the first commercial GPU (Graphical Processing Unit). Various companies were putting out GPUs for the computers. It was the beginning of a better immersive experience making its way from Silicon Valley to the homes of people. Since 1996, in the last 26 years, Rafael says we’ve come only halfway to a metaverse, and it’s still quite far.

“The global infrastructure cannot handle the vast amount of 3D data required for the metaverse, moving back and forth. On a structural level, we need to upgrade everything. Not just the computers, but the routers, switches, cables, and other things that would tie everything together. Right now, they’re at about their limit.”

He further explained, “The web is on the internet. And it has texts, links, 2D images, streaming audios, and videos. The web dates back to 1992. Before that, you had BITNET, and before that ARPANET. The Internet was constructed technically around 1989, but it took off when the Internet and the BITNET overlapped for about three years. And the internet took off when the web started in 1992 and became popular around 1995-96 with Netscape Navigator.”

He emphasized that the internet has reached its saturation point.

“If we make a metaverse, it is not on the web, and it is not on the internet. It’s the next thing after. Some parts of it might overlap a little bit. But we’ve to get to a point where the amount of network traffic is x100, x1000, x10000 more than what we currently have.”

Rafael emphasized that a metaverse needs to handle a large number of people, which implies collecting many more data points and adding metadata to them. Our internet can’t handle that, but a future metaverse can.

“So to make it simple, the Internet holds the web, games, streaming audio, streaming video — those four things together. The metaverse needs to put all these things together to where they all are real-time rendered and synchronized so that there is consistency and persistency.”

He concluded by saying, “In 8-10 years, we’ll have better versions and early experiments of the technology, that will be far more complex. But we will probably not have the metaverse. People forget there are so many little steps we need to take before we get a big thing.”

Gaming and Entertainment Industry on Harnessing the Potential of Metaverse.

Rafael shared his vision for the future is an increase in the number of games and the volume of users/players the platforms can allow. The Global Gaming Population will reach 3 Billion by next year. But that will be fragmented between a lot of different things. He remarked people would not necessarily go through the same experiences since they have different choices.

“We do have the possibility of getting more people online, for more people to customize the games that they play, the things that they purchase, and find, have ways to maintain consistent and unified accounts, and some amount of common identity.”

The conversation we had with Rafael Brown enumerated several aspects to consider when thinking about the current trends in technology. NFTs, Blockchain, and also the requirements for creating a metaverse. He believes in having a realistic approach toward the whole scenario and suggests not being swayed by non-viable notions.

Rafael Brown is the Co-founder and CEO of Symbol Zero. He is a game developer, game designer, and startup entrepreneur who has been in the video gaming industry for the past 26 years and has worked across 30+ projects. With a passion for gaming and technology, he seeks to build a platform that would provide open-world experiences to various audiences.