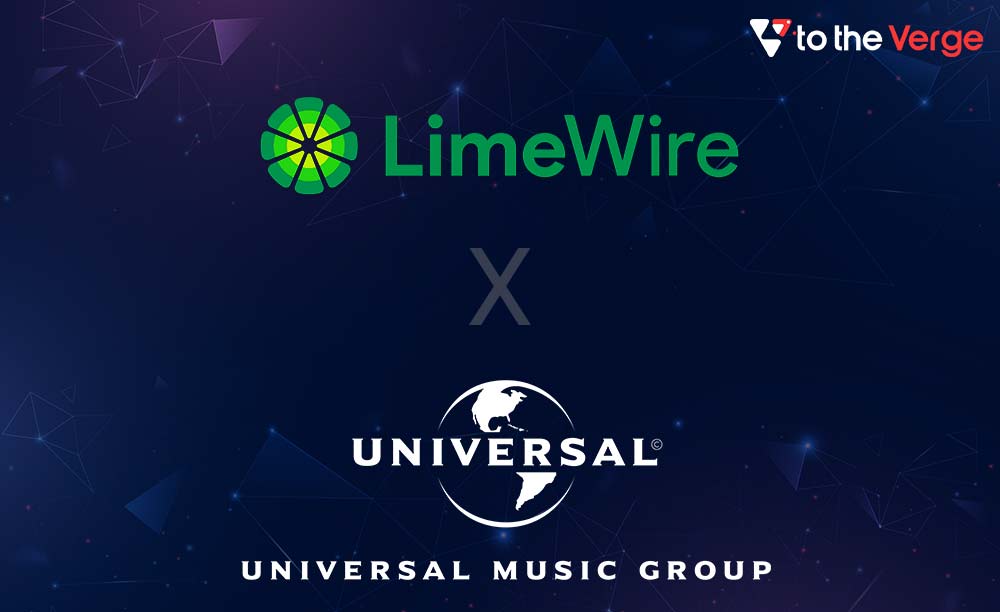 LimeWire will grant rights to UMG label artists, allowing them to establish music-based NFT projects on the LimeWire marketplace.

UMG artists can use the LimeWire marketplace to sell audio recordings, backstage videos, audiovisual content, and any artwork and photos as NFTs (Non-fungible tokens) to fans and collectors.

LimeWire stated in March 2022 that it would relaunch later this year as a popular digital collectibles marketplace for art and culture, first focused on music. It’ll be a one-stop shop for creators and fans to produce, buy and sell NFT artifacts.

LimeWire has received USD 10.4 million in a private sale of its LMWR token backed by significant venture capital organizations, including Deadmau5’s 720Mau5 investment fund and DAO Jones, a group of investors comprised of high-profile figures of the entertainment industry, including electronic music singer Steve Aoki.

Similarly, a Universal Music executive spoke on the new collaboration.

“We will work with our new partner LimeWire, our artists, and their communities on engaging NFT projects with real utility and creating cool experiences for enthusiasts while enabling mainline consumers to participate in a safe and trusted environment with low entry barriers,” said Holger Christoph, Universal Music Group Senior Vice President of Digital Business, Central Europe.

According to the token sale statement, LimeWire wants to begin its “formal launch campaign” later this month and open the marketplace soon. An NFT serves as proof of ownership for a digital asset and can represent items such as digital artwork, audio files, collectibles, and so on.

This initiative is not Universal’s first move in embracing the Web3 sector. UMG’s 10:22 PM label announced the release of Kingship, a Gorillaz-inspired virtual band based on a series of Bored Ape Yacht Club NFTs, in November. The band will play in metaverse worlds while also selling its own NFTs.