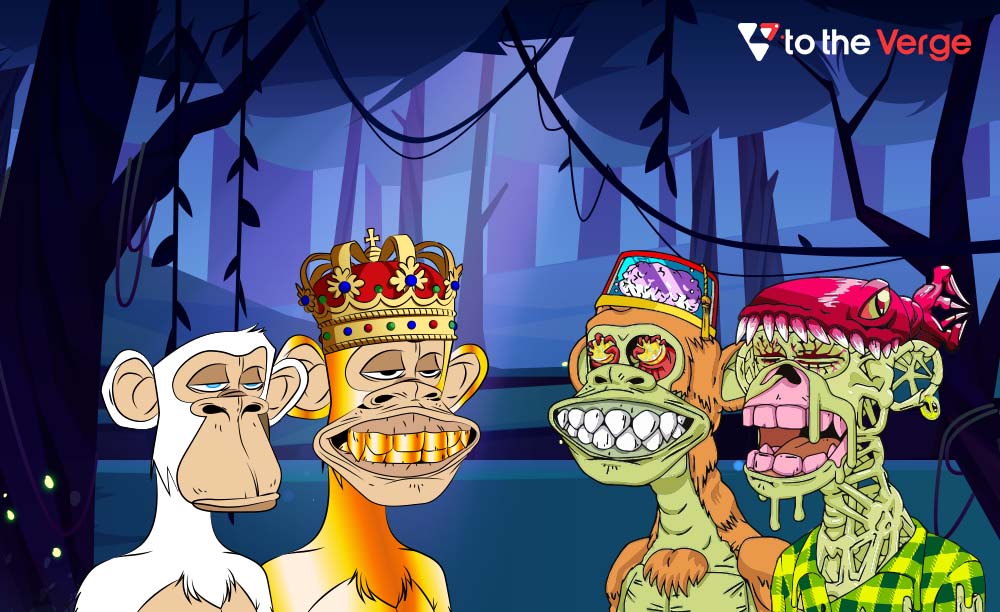 The prominent non-fungible token (NFT) enterprise, Bored Ape Yacht Club, will have its film trilogy produced by Coinbase, one of the world’s top crypto exchanges by transaction volume. The makers of BAYC, Yuga Labs, will collaborate with Coinbase to develop a trilogy of animated short films titled ‘The Degen Trilogy.’ Roles in the series will be based on certain Bored Ape NFTs, and token holders will be asked to send their character descriptions, assessed and chosen by a Hollywood casting director.

The owners of Bored Apes will get a $10,000 licensing fee in Bitcoin or Apecoin. The license will be stored on the blockchain and follow ape into the secondary market. Submissions concluded on April 13, 2022, at 11 pm PST. The first installment will be broadcast at the NFT NYC event, held from June 20 to 23, 2022. 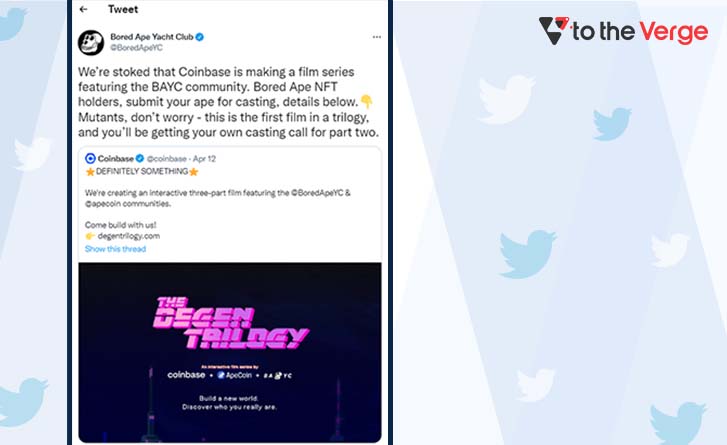 According to the website’s prologue, the film would be based in the 2020s in a “chaotic” Downtown Manhattan, where “digital goods have overtaken all other indications as a gauge of market value for the first time.” The Apecoin project will also be featured in the three-part cinematic adventure.

Holders of Mutant Ape Yacht Club (MAYC) NFTs, a BAYC spin-off project, will be able to submit their Apes for casting in the second installment of the series in July 2022.

Know How To Create And Sell An NFT.

Coinbase is producing the film through its media division, managed by entertainment and cultural director of marketing William Swann. The rollout will be timed to coincide with the opening of the Coinbase NFT market. Coinbase has also stated that, while they are unlikely to benefit from the film, Coinbase would contribute any net earnings to a non-profit charity. The goal of this series, according to the firm, is to “reward and engage with our communities via initiatives that bring the essence of Web 3 to life: transparency, collaboration, and possibility.”