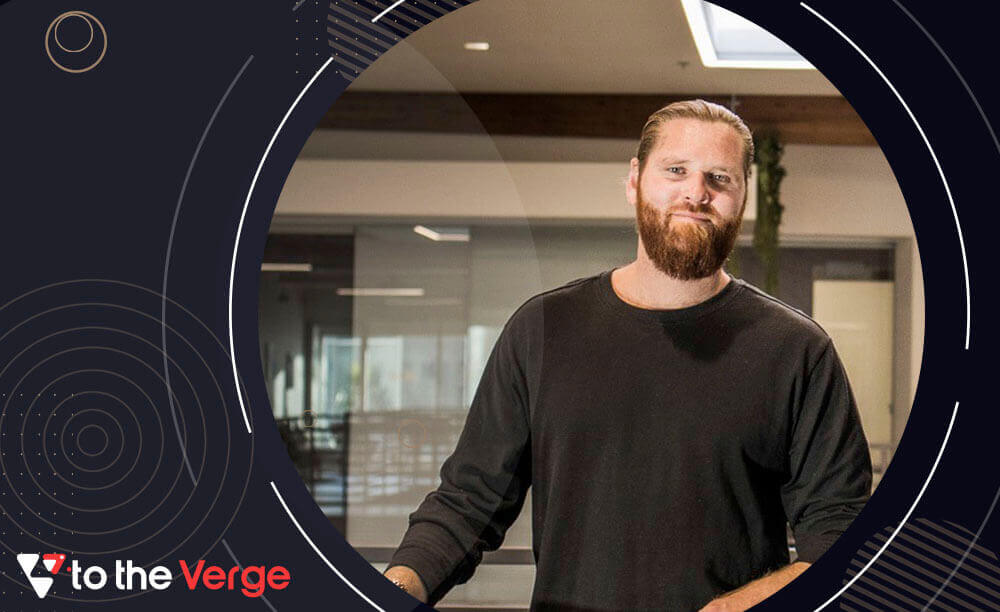 Rob McCarty, Co-Founder & CEO of Illust Space, shares his experience and insights about the challenges and future of Metaverse & immersive technologies.

To The Verge held an extremely informative meeting with Rob McCarty, Co-Founder, and CEO of Illust Space. The entrepreneur shared his work with immersive technologies and the potential of augmented reality and NFTs.

Table of Contents show
1 What is Illust Space all about?
1.1 Difference between AR and VR technologies and how to implement them?
1.2 Potentials of Augmented Reality to artists and creators
1.3 How does the AR NFT function? And how are they monetized?
1.4 What is 3D modeling, and how do you use them?
1.5 What is the minting platform “Hash the Mesh”?
1.6 According to Rob, what are Metaverse and the future with immersive technologies?
1.6.1 Conclusion
1.6.2 Guest Profile

What is Illust Space all about?

Rob shared that Illust Space provides the ideal platform for creators looking to explore the potential of augmented reality and NFT’s at the intersection of art, culture, and technology. Illust engineers campaign success through its extensive network of creators, developers, animators, 3D modelers, artists, musicians, and influencers to create first to market experiences that change the status quo and push the limits of this tech-driven medium.

Talking about the past working experience of Rob McCarty that encouraged him to enter this immersive world business. He shared, “I was a consultant in Facebook in the Augmented Reality department. That was doing media strategy partnering with X-factor artists working towards shaping how digital art could be created in the real-time rendering fashion, using mobile device AR. The exciting interactions, innovative ideas, and massive potential in this field moved me entirely in this immersive technology development.”

Difference between AR and VR technologies and how to implement them?

Rob shared that VR (Virtual Reality) is all about recreating a whole different world. You can feel the presence in the environment you built or formed in the virtual world with the help of a headset or VR device. At the same time, Augmented Reality takes the world that exists in the tangible and the physical world and adds graphical overlays to what the physical world is.

He added, “The production process is very similar for both these technologies. However, we are not building the actual virtual environment; we are using the background that already exists outside.

We don’t have to do world creation and environment mapping that takes place in the AR scene. Right now, what exists is more or fewer objects that are there in the scene, and the animation that occurs in the scene is the same across VR and AR. They both use real-time rendering to be displayed on a mobile device or a VR headset.”

When asked about the similarities between AR and VR Technologies, Rob shared, “3D objects, rendering process, the feeling of emergence or a sense of experiencing something that might not physically be there. So all these things are pretty similar in both these technologies.”

He stated, “We are really focused on augmented reality technology right now. We are just adding atop all our experiences and ways we have interacted with the people in this business to make the experience more delightful for the users. Virtual space is vital to our psychology, how we define objects, and what space means for memory. So this is an opportunity for us to return to more miniature mediated artwork and more point objects in location-specific.”

Potentials of Augmented Reality to artists and creators

Rob stated, “The beauty of the blockchain technology is that any specific asset or object placed in the scene is referenced from the blockchain. So as far as anytime that specific token or ownership credential changes hands, it is entirely in possession of the different owner.”

He added, “When we move across different Metaverses, we really look at the objects like one for one, so if you have an object in your wallet and you want to share in the Metaverse. So the idea for us in the future is that you only have one object, and you can only share in one Metaverse at one time. And for artists and creators, we provide the tools to possess in any NFTs that are being previously created to move it into the physical world.”

How does the AR NFT function? And how are they monetized?

Rob shared, “In AR, NFT can be sold like any other NFT or can be sold in an open market. So we are really focused on building up this whole AR layer so that people can explore what they can actually do in this virtual space. And for that, we are providing tools to anyone regardless of they are our partners or not. So if the person owns an NFT collection, he can access those tools.”

“Our goal is to release these tools, one called is proof of presence (POP), and basically, that is unchained proof that happens when you go to a location to discover artwork. So, there will be an immense level up for the artists and creators in the space.”

What is 3D modeling, and how do you use them?

Rob Shared that 3D modeling is just about imaging how the object will look in space and thinking through how we see the world. Therefore, it’s essential to think about what’s been created in the location positioned in that relationship.

He added, “When an artist thinks about the virtual space or their creations. They often think about what gallery or exhibition their art piece is going in. So there is a basic theme that they are considering when producing an artwork before they even think about who will be their buyer or who will be the end holder of the piece. So we are not here to provide paint or brushes, or we are not the gallery or the marketplace. We are basically the location in the setting.”

What is the minting platform “Hash the Mesh”?

Rob stated, “Minting is the certificate of authenticity. Here we put the user identity onto a record on the network. We are forging a brand new thing when the identities are recorded. Minting is an introduction of a new object, just like a title on the card, which is basically a process of creating that certificate. And ‘Hash the Mesh’ is the proprietary minting technology that executes the whole process. Here we look into the mesh data of the 3D object as the token itself, which will be helpful for future reasons”.

According to Rob, what are Metaverse and the future with immersive technologies?

According to Rob, the metaverse is a fancy way of telling a digital medium to experience the virtual world. It is like an always-on persistent cloud that anyone can access from any part of the world. The equal and compelling idea of Metaverse is to build the connection between the people who share the digital environment. Also, as we work towards it, we act as the connection tool to the Metaverse.

Rob added, “I might be looking at the AR graphic on my phone, but I am actually ‘through.’ I can see what’s engaged in the virtual world by looking through it. So that is the blend I think will be helpful for both entertainment function also as a utility. And in this, we are working more to do wonders in the world”.

Though Metaverse is evolving to take us to the verge of a virtual world, technology is still at the nascent phase. However, as more tech giants and start-ups join the bandwagon, we can expect that Metaverse will combine the best of reality technologies such as AR, VR, and MR to transform the future of how we live or work. According to Rob, the metaverse is going to be the next big thing, and by working together, we can do wonders. Thus, metaverse may drive efficiency to set the ‘new normal’ for the tech world.

Rob finds his roots in the media space from his first startup selling out-of-home (OOH) ads via Trojan Chariots’ on-campus pedicab service, which provided him with experience working with brands and media planners. Equipped with this knowledge, he helped grow and monetize a national campus publication DormStormer Media. While at DormStormer, he was able to work with influencers to drive massive engagement and visibility for our articles. Seeing the transformation in the publishing space, Instagram became a photo and “video” sharing app, Snap launched, and Tik Tok was burgeoning on the scene; Rob co-founded PopShorts in 2013 with members of the DormStormer team.

National campaign after national campaign, coast to coast, and speaking engagement after speaking engagement, he decided to take a new trip in his career path to become a creator, and 360° media was his canvas. After successfully producing many VR pieces for both entertainment and enterprise, he partnered with the art department at the Fortress to address the most pervasive media format that’s under the radar, augmented reality. With the backing of clients over his career in media, He is challenging the status quo of communication and entertainment formats to produce first to market social AR experiences for brands, agencies, and publications.