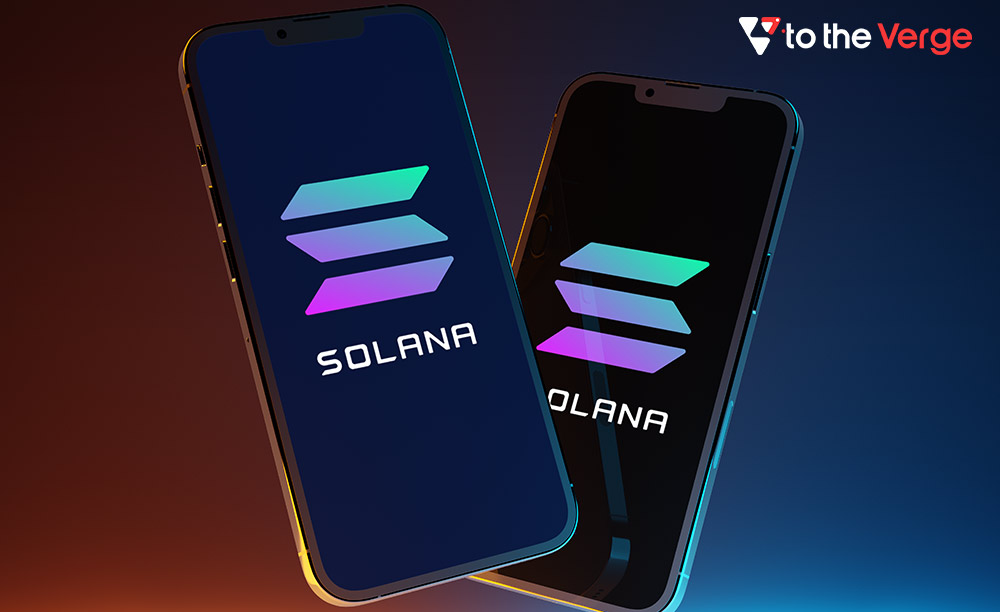 Solana Labs, the San Francisco-based crypto business behind the Solana ecosystem, has announced the release of the “Saga,” a web3 mobile phone that will interact with the Solana blockchain.

The Solana Saga would be an Android smartphone that is now on pre-order and will be released in early 2023.

Solana is among the largest cryptocurrency blockchains. However, the protocol has been criticized for its high level of centralization and frequent outages, despite its tremendous throughput (65,000 operations per second against Ethereum’s 30).

The future gadget, a modified OSOM phone with specific crypto wallet functionalities and the “Solana Mobile Stack (SMS)” software development kit for Web3 apps, was revealed at an event in New York. According to Solana Labs CEO Anatoly Yakovenko, it will cost around $1,000 and be ready for delivery in early 2023.

The Saga phone will have a 6.6-inch screen, 512 GB of storage, and 12 GB of RAM. Although Solana Labs does not anticipate it to arrive before the first fiscal quarter of 2023, people may currently pre-order it for $100 USDC on the website.

Solana’s largest bet yet on mobile-focused growth is this smartphone. It will include a Web3 decentralized app store, an integrated “Solana Pay” to support QR code-based on-chain transactions, a mobile wallet adaptor, and a “seed vault” that would store private keys deep into the phone’s recesses.

“Everything is going mobile. In most countries, cell phones are the primary means of access,” remarked Sam Bankman-Fried, CEO of cryptocurrency exchanges FTX and a prominent Solana supporter, during the event. “But cryptocurrency mobile is behind the times,” he remarked, pointing out how difficult it is currently to access dapps on mobile devices.

“Having the actual wallet incorporated into your phone is the greatest option for this,” Bankman-Fried says.

Solana Labs stated it would collaborate with other firms to power the phone’s ecosystem, including Magic Eden, the leading NFT (non-fungible token) marketplace, Phantom, the largest wallet provider, and Orca, a decentralized finance (DeFi) platform. All three companies’ executives were present to discuss the impending mobile experience.

The executives compared the Solana smartphone app store to Google and Apple marketplaces, which take a portion of purchases. “There will be no extraction fees,” stated Yakovenko of the SMS-powered store.

The Solana Foundation will provide $10 million to “kickstart a new mobile ecosystem” and “promote the growth of mobile dApps.”

It’s unclear how a web3 phone would differ from its predecessors, other than the capacity to run some web3 programs that were previously exclusively available on desktop computers. Web3 apps are frequently built on decentralized blockchains. They are frequently created with feedback from a community with a monetary stake in the project via token issuance.

The revelation had little effect on the markets, with Solana’s SOL token trading at roughly $36.5 at the time of writing, a 2% drop from the time of the release.