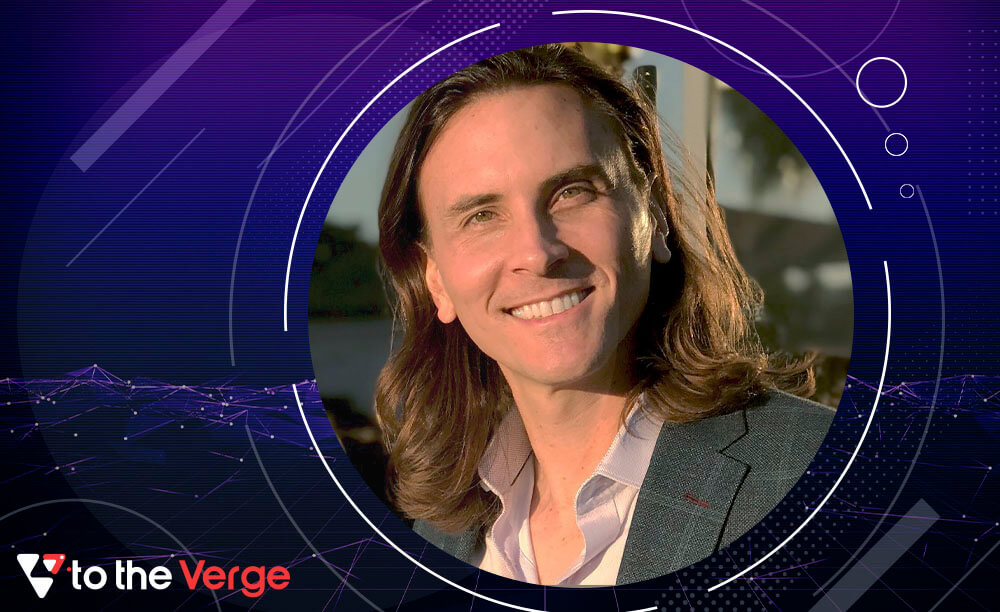 Matthew Brewbaker (CEO of VEU Inc.) shares his views and briefs about Enterverse.

Matthew Brewbaker (Co-Founder and CEO) of VEU Inc. generously answered some questions for To The Verge. He shared his vision to bring a revolutionary change in the entertainment industry through vivid imaginations and the experimental forms created by AI (Artificial Intelligence). Enterverse aims to take the entertainment industry to greater heights of success and uplift it in technology and innovation. Read till the end to know all about his insights!

Table of Contents show
1 About VEU Inc.
1.1 The intersection of technology, art, and entertainment
1.2 Future of Media And Entertainment
1.3 Immersive tech and Challenges of the Entertainment Industry
1.4 Will the line between Real and Virtual would blur in the future?
2 What is Metaverse?
2.1 Metaverse and Content Morality
2.2 Role in Metaverse
2.2.1 The Takeaway

VEU Inc. is a metaverse development company focused on the future of virtual entertainment. Mathew and VEU Inc. are working tremendously hard to build their one-of-a-kind metaverse platform known as Enterverse. With the blend of technology and entertainment, they strive to create a space where entertainment becomes culturally enriched, accessible, and intersectional.

The company is building the Enterverse, a metaverse space that connects entertainment culture communities and fans to entertainment content providers.

The intersection of technology, art, and entertainment

Matthew has a fantastic first-hand experience at the intersection of technology and art, working on 3D CGI films like Beowulf (2007) and A Christmas Carol (2008). He embraces the proximity of various forms of entertainment with the onset of future technologies and metaverse.

Working with Robert Zemeckis on Beowulf and Disney’s A Christmas Carol allowed me to see the development of realistic 3D art as it first happened. Many of the people who worked on those films went into video games and metaverse production. These industries are colliding in a way that will produce entirely new forms of entertainment. This moment is what Enterverse hopes to capture in action.

Future of Media And Entertainment

Matthew is a staunch believer that VR will continue to open new doors for immersive experiences. AI will also ease the path for the bright future of creativity and entertainment.

I believe that as Virtual Reality becomes more ubiquitous, accessible, and sharp, entertainment itself will spill into new realms of immersion. New experiences created by those with vivid imaginations as well as experimental forms created by AI will likely be the direction we’re headed in entertainment.

Immersive tech and Challenges of the Entertainment Industry

Matthew candidly admits that entertainment is open and limitless. The definition of the term ‘entertainment’ is subjective and ever-evolving. Thus, this flexible consciousness of the entertainment industry allows it to create and market variety.

Will the line between Real and Virtual would blur in the future?

Social media on Web 2 and now metaverse with Web 3 continue to tweak people’s perception of experience and reality. Matthew acknowledges that the world has evolved for the sake of sanity. Nonetheless, he insists that reality is a matter of beliefs and intention for human beings.

I’d argue that there’s no such thing as ‘reality’ when it comes to the way we see and observe our world. Our eyes and experiential senses themselves feed electrical signals into our brains that interpret patterns, chemical compounds, and light/sound waves around us. The experience itself is illusory in this way. Of course, this doesn’t discount that the way we experience our world has evolved over millions/billions of years and that we still have to pay tribute to our genetics, in a sense, in order to prevent us from going crazy. But as far as staying true to a representation of reality, it comes down to people and their intentions, not technology.

Matthew shares that a balanced synchronization of fast-evolving technology and a relatively slow entertainment industry may boost the depiction of entertainment. Enterverse will actively participate in this crossfunctional merger.

“The metaverse will allow many things to evolve, including entertainment, shopping, work, education, and social living. At this point, the technology is growing at a rate that’s difficult to keep up with. Entertainment can be a slow-moving industry, but I think the recent hype around the metaverse has energized people to reconsider the definitions of entertainment that they grew up with. Enterverse will play an essential role in this process.”

With his venture VEU Inc., Matthew aims to create a safe and virtuous environment. A collaborative effort by companies may enable people to create productive communities where they can engage and interact to cherish inclusive growth.

Building a metaverse that we can be proud of as a species is important. This can only be done by companies making choices that foster healthy creative communities. We are working to do this with VEU Inc. and our approach to the metaverse. This isn’t easy. But we can certainly benefit from the lessons we’ve learned so far with computer technology. We’ve evolved quite a bit in the last 30 or so years.

Matthew aspires to create a user-friendly metaverse platform from scratch. This fun zone will facilitate an upbeat and secure entertainment tradition. Enterverse will offer leisure activities for everyone to enjoy their favorite modes of entertainment.

Our company is building a platform from the ground up to foster positive entertainment culture in a fun, easy-to-use space. The Enterverse will be the place you go to when you want to engage your favorite entertainment.

With his platform Enterverse, Matthew Brewbaker shows the path for the intersection of art and technology. The fresh endeavor encourages an advanced, fun, safe, and creative entertainment medium seeking advantage from tech innovations. They aim to deliver a user-friendly metaverse platform where entertainment of any kind becomes accessible. Thus, a healthy hybrid of entertainment and metaverse looks possible with platforms and visions like Enterverse.

Mathew Brewbaker is CEO of VEC Inc. and has 15 years of experience. He has holistic work experience, due to which he started Enterverse as the intersection of technology and art. He is known for his role as Chief Producer on the award-winning film, Followed, which opened the first place in the US Box Office at cinemas in summer 2020. VEU Inc. is a fourth company he has co-founded and undertook responsibilities as CEO or COO. He has worked in the production department of Hollywood movies like Hancock and First Daughter.  Mathew also worked with Academy award-winning director Robert Zemeckis and his company and ImageMovers on 3D CGI movies like Beowulf and Disney’s A Christmas Carol.

The article comprises the author’s views only and is reviewed by the author.