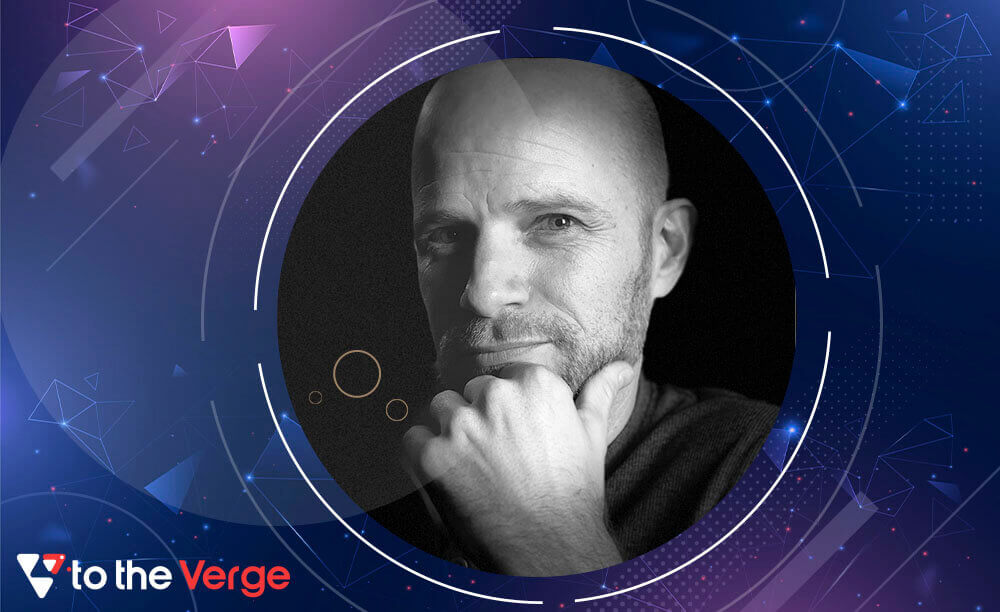 He answered some tech-related questions for ‘To The Verge’ in detail and shared with us his views regarding the various aspects of digital convergence. And how he envisions the future of the metaverse. Read till the end to find exciting insights!

Table of Contents show
1 About Hxro
1.1 Gamifying Cryptocurrencies and Other Future Commodities
1.2 Option Positions and Their Functioning
1.3 The Downside of Cryptos and Regulation to Curb Potential Risk
2 Understanding Financial Technologies and DeFi 2.0
3 Views on Freemium, Its Relevance, and Challenges
4 Metaverse and the Future
4.1 Conclusion

Hxro is a computer software company that allows users to take option positions on several popular cryptocurrencies like Bitcoin, Ethereum, Dogecoin, Solana, Sushi, and Uniswap. Ben has spent the last two years developing and designing the trading platform by managing cryptocurrency-related contracts. Before that, he was into video games, apps, AR/VR, and other types of interactive entertainment experiences.

Gamifying Cryptocurrencies and Other Future Commodities

Historically, the design of financial services has been such that people not familiar with the technicalities of the subject get confused and intimidated. Ben says this is not the case when it comes to gaming. He shares that in video games, they constantly seek to make products that would be intuitive and accessible to a large audience. He believes that applying new ways of thinking and problem-solving pioneered in the gaming world can be helpful when applied to non-game software development.

“I think a lot of the ways of thinking and solving design problems, presenting information, maximizing engagement, and onboarding users to new interfaces that have been pioneered in the world of games can be constructive when applied to non-game software development.”

Option Positions and Their Functioning

Ben explained that Hxro Trade is a trading platform similar to other exchange platforms. He added what distinguishes the platform is that instead of selling users individual cryptocurrencies, they sell them option contracts based on the price of various cryptocurrency indices. Option Contracts are designed to protect an offeree from an offeror’s ability to revoke their offer to engage in a contract (Option Contracts – Google).

He further elaborated on how the process takes place, “If a user believes that a certain coin will go up or down in value, they can deposit funds with us and use those funds to purchase contracts that will payout depending on whether or not that coin is above a specified price by a certain date/time.  Many professional investors use contracts like these to hedge their other investments, thereby reducing their risk if the market moves against their investments.”

The Downside of Cryptos and Regulation to Curb Potential Risk

Ben acknowledged the biggest downside associated with cryptocurrencies is their being extremely volatile and that there are no ways to moderate the volatility externally.

“A cryptocurrency like Bitcoin is often compared to gold, and it’s important to remember that most modern economies abandoned the gold standard about 100 years ago for a reason: it helped cause the Great Depression. The world enjoys many benefits from having the US Dollar as the reserve standard of the planet, and we have been fortunate to have the US Federal Reserve helping steer the global economy using a monetary policy. It has been possible only because of the Fed’s ability to control/adjust the money supply.”

Ben added the concern here is that as the system emphasizes being more decentralized, stabilization through policy/regulation seems less likely. Crypto backed by the government could address the issue, but only to a limited extent.

“I have concerns about a potential future in which that is no longer the case, and I’m not sure whether or not this can be addressed through policy/regulation due to the fundamentally decentralized nature of crypto. However, I think that government-backed stablecoins, particularly if one were to be issued by the US Government, could potentially address this issue, at least to an extent.”

Ben admits that financial technologies are pretty complex, and there isn’t a definitive way to simplify these and make people understand the mechanisms behind them. He thinks people should not over-invest in cryptos and other digital assets if they haven’t understood the concept well. At the same time, he believes that if people gradually educate themself and start with small investments, they would be able to get a hold of the process and the system.

“I think that understanding the mechanism can take a while and that people should be careful not to over-invest in things that they don’t understand. Fortunately, it’s possible to begin to educate oneself with a minimal amount of capital and only increase once you feel like you have a better understanding.”

Talking about DeFi 2.0, Ben said it could be comprehended as the second generation of DeFi protocols that attempt to address the various issues with its first iteration, including technical, usability, and accessibility challenges.

Views on Freemium, Its Relevance, and Challenges

Freemium is a combination of two words — ‘free’ and ‘premium.’ It is a type of pricing strategy by which a basic product/service is provided without charges; however, some amount of money is to be paid for additional features or services that would extend the functionality of the free version (Freemium – Google). The concept is the same in gaming and is also called free-to-play. Players can download a game and play it at no cost, while optional in-app purchases are offered to supplement their gaming experience.

Ben thinks that freemium games wouldn’t lose their relevance as VR and other immersive games enter the market. He doesn’t see VR gaming as a threat to existing games played on several PC, Console, and other mobile devices. He referenced the League of Legends, a multiplayer online game launched in 2009 before VR or other immersive games were introduced. Developed and published by Riot Games, League of Legends has been around for a long time and has been hugely successful.

“Riot Games has done a pretty good job of prioritizing the experience of LoL’s free players. The last time I checked, users can only pay for cosmetic upgrades in LoL and other boosts that increase their rate of progression. Still, in-game purchases don’t provide any significant in-game advantages.  And, perhaps more importantly, LoL doesn’t include any countdown timers that prevent players from playing, receiving rewards, or otherwise advancing through the game.”

At the same time, Ben thinks there is a difference between a game like LoL and other freemium games such as Candy Crush, Clash of Clans, and Clash Royale, all of which are mobile games. This difference exists as these mobile games have countdown timers that prevent players from playing freely, receiving rewards, and advancing through different levels. He thinks this is an unfair practice, and once users become familiar with this monetization strategy, the platform would lose its audience.

“I think that games that use these kinds of “pay gates” and “pinch points” in order to try and incentivize players to make additional in-game purchases are likely to suffer as their audiences become familiar with and aware of other games that don’t use these exploitative monetization techniques.”

Metaverse and the Future

In Ben’s opinion, the metaverse is ten years away from being a significant part of society and our daily lives. He thinks it’s too early to say anything definitive about what the metaverse is and what it will become in the future. He believes only time will reveal the true potential and impact of the concept.

The key takeaway from our interaction with Benjamin Hoyt is that the metaverse may converge various digital mechanisms and technologies. In addition, as he elucidated crypto, options contracts, DeFi 2.0, free-to-play concept, and more, he expressed that the constituents of these mechanisms may also differ according to the purpose of companies/organizations.

Benjamin (Ben) Hoyt is the Vice President of Production at Hxro. He has had more than fifteen years of experience in delivering digital experiences worth millions of dollars. He has contributed to global IPs such as Marvel, Star Trek, Terminator, and more. His areas of expertise are Blockchain/DeFi, AR/VR, Game Development and Publishing, Themed & Branded Entertainment, Freemium/Free-to-Play, Gamification, and Transmedia.

The article comprises the author’s views only and is reviewed by the author.