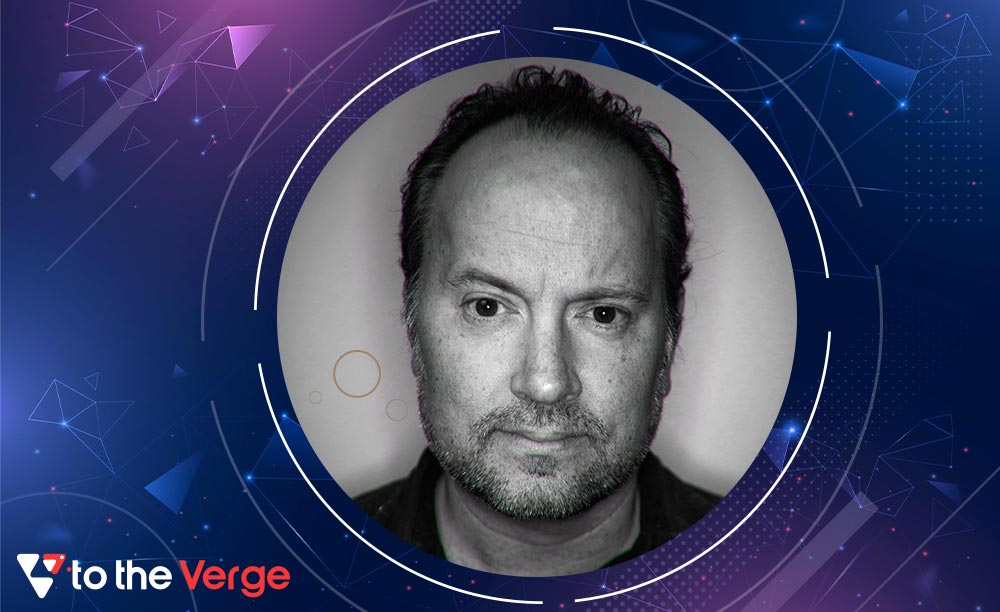 ‘To the Verge’ had an informative conversation with Michael Potts about how PolyCount is more than simply an NFT platform for budding artists. He also discussed how 3-Dimensional environments help creators and artists to flourish, as well as his Metaverse’s future vision. Read till the end to know more.

Table of Contents show
1 About M2 Studio
1.1 About PolyCount.io
1.2 Collaboration With Spatial
1.3 Creation of Custom Environment:
1.4 A Juncture of 3D Technologies With NFT at PolyCount
1.5 The evolvement of Creators and Artists Through 3D Environments
1.6 Future of XR Technology and The Metaverse
1.7 Michael On Various Challenges Faced During The Procedure:
1.8 Conclusion

Michael shares, “M2 Studio is a Dallas-based architectural, engineering, and construction visualization firm that focuses on providing advanced technical and artistic services to designers, developers, and construction companies to supplement their in-house capabilities or provide services they do not currently have”.

Micheal Co-founded M2 Studio in 2000 with one of his friends, intending to create a production laboratory, at the time mostly focused on the A.E.C. sector. The organization has over 15 years of experience and a combined 25 years of expertise in the business. Their portfolio contains over 1200 projects of various types and budgets.

The Smaller architects can use the organization’s visualization services for single-family homes, with single renderings costing about $1000, major master-plan projects with animations, thousands of photos, and interactive tours costing over $100,000.

M2 Studio is a virtual reality (VR) and augmented reality (AR) content agency that creates the world’s most immersive VR and AR experiences. The organization’s objective has provided the most cutting-edge content solutions and experiences for the past 22 years. The supernova protocol, which delivers a balance of optimization, quality, and performance, is well-known worldwide.

“We are known worldwide to have developed the supernova protocol process that balances optimization, quality, and performance. We have also spent decades studying the various hardware and XR platforms currently available in the market. As a result, we have the knowledge and experience to save you precious R&D time and the talent to deliver best in class VR, MR, & AR solutions for your team”.

The organization operates on platforms like Spatial, The Wild, Alt-Space, Mozilla Hubs, Horizons, Engage, and more, using the most cutting-edge VR and MR headsets available.

“We’re working with the most up-to-date VR and MR headsets and building on platforms like Spatial, The Wild, Alt-Space, Mozilla Hubs, Horizons, Engage, etc. So if you would ever like to see what 25 years of experience in VR gets you, please reach out, and I will be happy to take you on a tour of some of our best environments,” he adds.

Michael shares, “PolyCount is a community of artists who creates personalized 3D experiences to bring businesses into Web 3 through Metaverse activations/NFTs”.

He explained how the organization was an experiment that turned into a big venture. The original goal was to sell spaces and settings on a subscription basis since the organization had a lot of firms requesting access to the environment last year. Therefore, they intended to solve this problem by offering them a subscription.

“Initially, the plan was to sell spaces and environments as a subscription model. We were getting many companies that wanted access to our environment, so we tried to solve this problem by providing them with a subscription. So we made money every month and gave people access. But we recognized that along with the model, we needed support, and support seemed expensive”.

He added, “Someone suggested to me, “Don’t do a subscription, sell NFTs, Don’t do web 2.0, do web 3.0.” So I said, “OK, let’s try it.” To make it work, we realized that M2 studio doesn’t sound like an NFT brand, so let’s develop a new one that focuses on NFT production and cooperation with artists, and it should focus on our creative side, not on our cooperative side. So that’s how PolyCount came into existence”.

Spatial is an organization that focused on AR only with the HoloLens. But, he adds, “When they announced their collaboration with HoloLens in 2018, I asked to be in the beta testing team and explained my experiences. Initially, they did not allow creators who did not know HoloLens, but they switched to Oculus Quest halfway through”.

“I had enough material to present them based on my experiences. We worked with Spatial simultaneously as big cooperations began asking for custom environments. We collaborated on 150 projects. We assisted many basketball teams, movie companies, and artists in developing NFT”.

Michael explains, “I’ve been creating these environments since 1996, so I’ve got a lot of experience. My current approach dates back to 2006, and my entire staff of 15 individuals has contributed to it over the previous two years.”

The organization, therefore, runs a series of tests so that they can figure out how to make the process better. “We conduct a series of tests to determine how to improve the procedure. We primarily concentrate on improving the process. So I can truly look back on 2016. When I started narrowing down how to make it work on HoloLens, I realized that because the HoloLens has such a low threshold, you had to be diligent on optimizing”.

A Juncture of 3D Technologies With NFT at PolyCount

Michael explains how the immersive experiences could be impressive as long as they have a balance of visually attractive-looking spaces.

He adds, “We just finished a safari that is both gorgeous and functional on Oculus Quest. The entire safari is orchestrated. We used a variety of professionals who applied their skills to diverse applications. And if we want to be the greatest, we must understand our limitations and how to maximize quality and performance within them.”

The evolvement of Creators and Artists Through 3D Environments

He explains that artists who work with 3D worlds and digital art appreciate it for various reasons. He says, “They may enter inside the surroundings during the development process by using VR as a tool for collaboration. They receive immediate feedback. Let’s imagine cooperating with someone in Russia; the collaborators can go into space and leave notes, which my team can subsequently read later on”.

He further added that artists are not just the creation but also the spark of new ideas, such as how to utilize this new medium. He explained it by giving an adequate example: “Artists occasionally bring art pieces to enhance virtual reality settings, and virtual reality spaces sometimes pour items on the art pieces to improve them. This is how the environment enables them to create and learn more”.

According to Michael, it’s the future. The virtual world allows you to put your art in any gallery you want to, allowing you to control it. One may also adjust the rules and the orientation according to your preferences. He adds, “It’s mind-blowing how this space provides immense opportunities to the creators, and it’s just the beginning.”

Future of XR Technology and The Metaverse

Michael envisages the future of XR technologies in abundance. According to him, there will be increasing improvement in the quality of both the optics and the visual side, the software side and the performance.

“This is an intriguing time; one of the things you get to do when you go back 26 years is, compare hardware from 26 years ago to 16 years ago, and then to 6 years ago that you will be able to anticipate where the hardware will go”. He adds, “According to the Moore’s Law, the heat is the biggest challenge especially when the goggles and glasses get smaller.”

“What I expect is that the visual quality will be phenomenal in a very short period. The software quality is excellent right now, but the combination of heat and processing power in a unit holds it back. However, I anticipate seeing an increase in units as well. Meta and Apple are going to push for it. As a result, technology improves with each passing day”.

He further envisages the future of the Metaverse as very bright. He shares, “If you look ahead 5-10 years, the metaverse will be a lot bigger aspect to look upon, the hardware will considerably be more spectacular, and the adoption rate will skyrocket. Over the last 60 days, I’ve been contacted by 40 different firms, with the common thread being that each of them has purchased an oculus quest for everyone and is now telling me how amazing it is”.

Michael On Various Challenges Faced During The Procedure:

According to Michael, it was very challenging to persuade someone to buy into the ecosystem of VR. He says, “Even just a few years ago, I would travel to your workplace in the United States, bring a VR set since you don’t have one, and put them on your head and explain how they worked, which is a difficulty because it takes a few hours for someone to get comfortable with it.”

He asserts that the first time someone uses it, they are more likely to feel nauseous since they have never done it before and jerk their heads about. In contrast, it becomes a much easier process when individuals are familiar with the technology.

“So getting corporations and individuals to this environment by making them accustomed and comfortable with it was my biggest challenge.”

Our interview with Michael Potts gave us insight into how 3D technologies may be used to optimize immersive experiences. The company’s ambition, he said, is to transform the world into a place where people can share outstanding experiences with millions of others. The convergence of these cutting-edge technologies might lead to a new frontier in the technological era.

Michael Potts is the Founder of M2 Studio and PolyCount.io. In 2000, he launched the company to bring cutting-edge visualization technology to the A.E.C industry. He’s been investing in this industry for about 26 years, and the equipment dates back to 1996. He became serious about the technology and invested a thousand dollars in it while he was approximately 30 years old and giving presentations on AR, VR, and architecture in 1999. He’s been trying to persuade architects, developers, engineers, and interior designers to use virtual reality for 5 or 6 years.