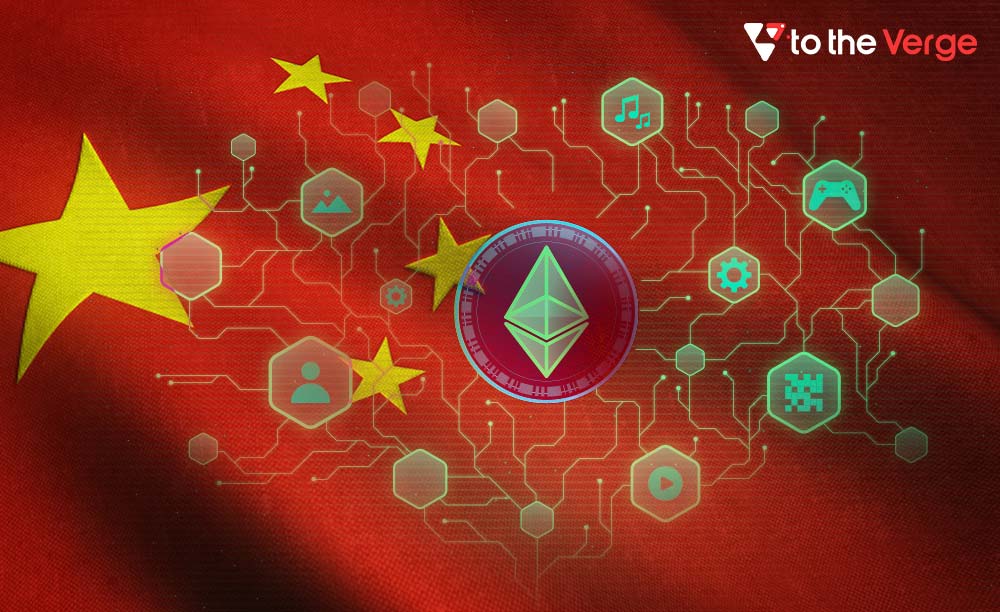 Despite China’s consecutive bans on cryptocurrencies, the enthusiasm of web3 talent doesn’t stop. Some are developing local services endorsed by the government, while others venture out of the country. Chinese web3 entrepreneurs and investors are leaving their marks globally by taking advantage of their country’s abundant tech talent.

China is still in its experimenting phase with emerging technologies.

Many argue that centralized, rent-seeking companies like Google and Meta have overtaken the current state of the internet or web2. Claiming the internet’s evolution through distributed ledger technologies like blockchain, which promise to increase decentralization and user ownership, is one of web3’s main selling points.

Blockchain technology has many other uses than the two well-known ones that have received billions of dollars in investment: cryptocurrencies and non-fungible tokens.

China is currently determining its web3 priorities, but it obviously doesn’t want to be left out. As a result, President Xi Jinping himself endorsed blockchain’s contribution to the technology revolution in 2019.

China opposes the sharp price declines of cryptocurrencies that have agitated the market recently. The blockchain should be handled by reputable companies rather than by anonymous computers on the open web and bring productivity to sectors that the government deems appropriate. This looks to be advocating a more controlled, centralized form of web3.

Due to the financial hazards, China sought to criminalize initial coin offerings and crypto-based transactions. However, there is some ambiguity regarding other blockchain applications. Although China has cautioned against using NFT as financial assets, it is rebranding them as “digital collectibles,” which can only be purchased with RMB, China’s official currency, have limited liquidity, and are charged with improving copyright protection.

Following the top-down directive, some Chinese online developers are helping to create the foundation for digital treasures. The government has also approved other use cases. For instance, Ant Group, a financial affiliate of Alibaba, has developed a variety of blockchain services for use, including using blockchain to validate legal evidence and monitoring the safety of food supply chains.

Some contend that web3’s main assets are cryptocurrencies, which are used as a store of value. Therefore, web3 needs to function at its highest level. Those in China who share this viewpoint have generally shifted their attention outside, providing services to users abroad and soliciting money from institutions abroad.

In the wake of the country’s crypto ban, several Chinese web3 startups have shifted abroad. However, their not completely giving up their country’s tech business legacy. They follow the footsteps of previous tech firms; domicile, offshore, keeping a limited business in the country, and chasing the global markets.

Early blockchain industry development was significantly influenced by China, which also produced a generation of crypto-savvy professionals. Many of the leading cryptocurrency exchanges in the world, such as Binance, FTX, KuCoin, Crypto.com, OKX, and Huobi, had their start in the Greater China region. Beijing is the birthplace of Bitman, the largest crypto mining operation in the world. The first corporate investor in Ethereum was the Chinese company Wanxiang, which also gave rise to the HashKey cryptocurrency investments giant.

For the same reason, China is consulted by other international bodies. This comes as no surprise as we have witnessed the second-largest cryptocurrency’s parent company, the Ethereum Foundation, support the “ETH Shanghai” hackathon to entice programmers to its blockchain network. The virtual simulation of the event drew the attention of nearly 1,000 developers this year, with an evaluated 60% coming from China, according to the event’s organizer Mask Network, a startup obtaining web3 functions to web2 platforms.

When Chinese crypto companies go abroad, they attempt to take their Chinese employees with them, but most of them settle for maintaining a presence in China. Local governments frequently set quotas to protect domestic employment, even though crypto-friendly nations like Singapore have plans for luring in outside talent. As a result, Chinese-born employees are hesitant to move in the first place.

The timing was ideal for web3 startups looking to hire in China over the past two years. Last year, when China’s assault on its internet economy was well underway, the value of cryptocurrencies reached all-time highs. Thus, many employees from companies like Tencent and Alibaba were forced to look for jobs in the web3 frontier due to widespread layoffs and reduced pay. Others voluntarily left their positions at well-known IT companies to join the web3 wave, either drawn in by blockchain’s technological potential or by the prospect of amassing fortune quickly.

It is well known that tech companies employ people in China while providing services to users worldwide. Before Western media investigations questioned the security of Zoom’s cross-data activities, the company had hundreds of R&D employees working in China. Shenzhen, a hotspot for export and digital talent, is also home to large operations of Alibaba-owned Lazada and Shopee, rival e-commerce platforms in Southeast Asia.

Due to a decade of rapid expansion and competitiveness in the internet sector, China is a desirable location for many digital companies. Businesses like Alibaba, Tencent, and ByteDance, owners of TikTok, have received praise from Silicon Valley and other places for their innovations in their respective industries.

“Chinese-founded projects are great at managing and designing business-to-consumer products,” recommends a Chinese employee at a U.S.-based blockchain startup.

He also added, “They are obsessed with data analytics and spend a lot of time finetuning products.”

China’s strength in web3 lies less in developing blockchain’s underlying infrastructure but more in advancing applications for users, as assessed by many crypto investors and entrepreneurs.

“The early opportunities in web3 are in protocols [infrastructure for blockchain applications], but they are mostly solving transactions while user experience is overlooked,” states a Hong Kong-based blockchain startup founder.

“Chinese people are very good at building user experience. After all, China has birthed a robust web2 ecosystem,” he adds.

Curt Shi, an initial investor in the move-to-earn app StepN and a partner at Prodigital Future Fund, which seeks for Chinese-founded web3 firms to move global, believes that China’s tech professionals are also known for being “hardworking.” Others view China’s overworked culture in the IT sector—which has been under scrutiny in recent years—as a positive.

The Problem of Culture

Despite the influence that Chinese-run web3 startups can potentially invoke, they may experience challenges from their web2 predecessors. This is so because, with web3, an entrepreneur’s cultural awareness is crucial. Because the sector is relatively young, a company’s capacity to persuade customers with compelling narratives is essential for attracting early adopters. A founder of a decentralized autonomous organization (DAO) with Chinese ancestry living in Singapore argues, “Companies in web3 have to resonate with their people culturally.”

Web3 is frequently administered by the community, according to its proponents. The concept of consensus is incorporated into the technology supporting blockchain. For instance, DAOs carry out decisions based on the general agreement of their communities.

“I’ve seen Chinese companies with good products, but they don’t know how to talk to the international communities,” “Just having a good product isn’t enough anymore in web3,” the DAO founder says.

Chinese-founded web3 teams may find it more difficult to attract customers in other areas if they lack the language skills necessary to communicate their ideas or awareness of foreign cultures successfully.