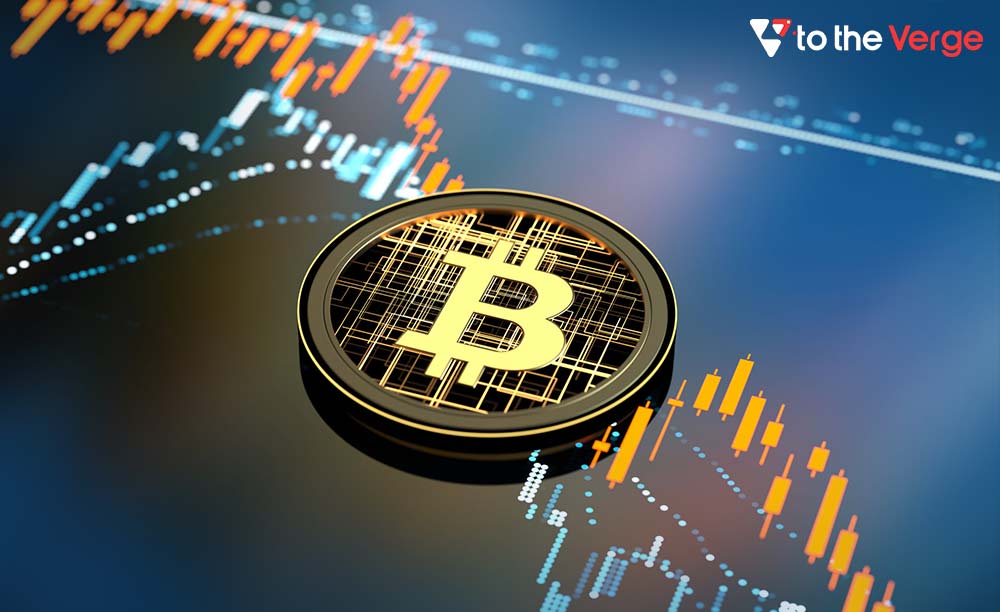 According to CoinMarketCap statistics, the price of bitcoin has risen by more than 5% in the previous 24 hours, and it is currently trading at $30,618. However, for the past several days, the price of bitcoin has stayed around the $28,000-$31,000 region. Among the present crypto market gloom, at least one negative trend may be a major source of concern for Bitcoin fans.

Bitcoin has experienced nearly two months of lower returns, leading some traders to take a risk-off stance. Indeed, analysts believe this is the first time in the brief history of cryptos that Bitcoin has traded in the red for so long. 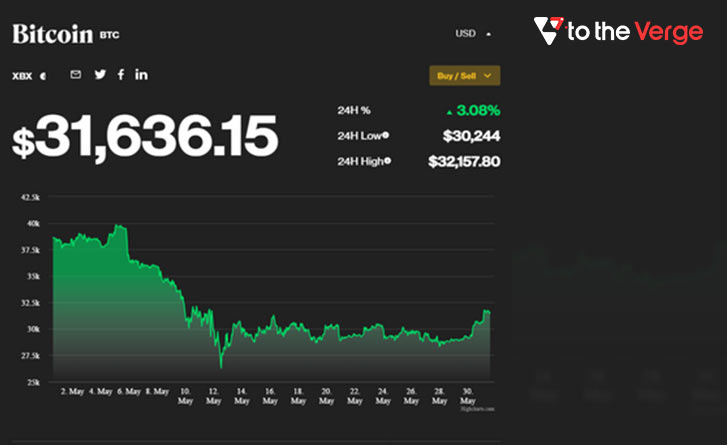 “Bitcoin has been in the red for the first time in history for the past nine straight weeks. The asset has taken many supports around $28,800 in the past, and it is doing the same this time and is not maintaining below the level,” experts at ZebPay Trade Desk said.

“Technically, on a daily time scale, BTC is trading sideways in a band of $28,500 to $31,500 after forming a ‘Long Legged Doji’ candle at the bottom.” Breakouts on either side of the range will further determine the asset’s trend,” they noted.

The worldwide crypto market cap traded at $1.32 trillion, up as much as 5% in the previous 24 hours. However, overall cryptocurrency trading volume increased by more than 65 percent to $91.07 billion.

Because market sentiment for Bitcoin and other cryptocurrencies remains in the “severe fear” zone, a fast price rebound is unlikely.

Alternative coin (altcoin) prices have risen in the previous 24 hours, with assets like Ethereum, Solana, Cardano, BNB, Polkadot, and Avalanche seeing a 12% boost. 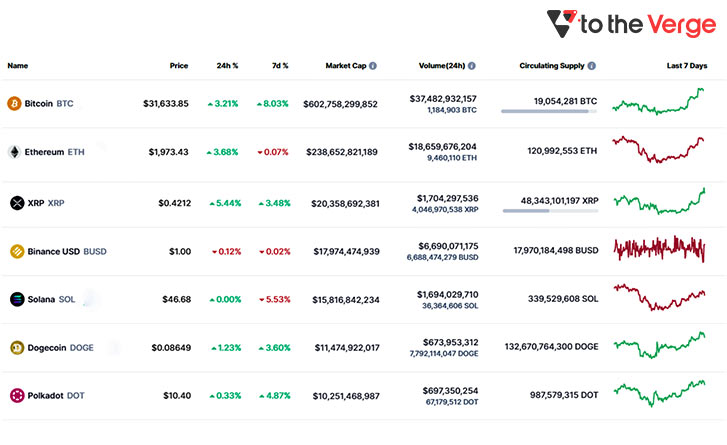 Cardano (ADA) alone gained about 10% when Iagon announced its Ethereum-Cardano bridge for USDC, the second-largest stablecoin.

Bitcoin broke its consolidation by trading above $31,000. Bitcoin Ethereum’s transaction costs are at a one-year low, which may help it reclaim its price. As buyers return to the market, the selling price falls.

The recent selling pressure has eased up, and Bitcoin has topped the $31,000 mark, with volume almost doubling in the last 24 hours. According to Kunal Jagdale, Founder of BitsAir Exchange, this demonstrates the growing enthusiasm in the digital asset market.

“The token was just shy of $32,000, and if this level is maintained, $35,000 will be the next big resistance level for the largest token. So we appear to have bottomed out for the time being and may make a little rebound in the meantime,” said Kunal Jagdale.

Several crypto specialists have blamed the current drop in the price of the main crypto asset on a so-called link between stock market performance and Bitcoin. In other words, they have said that it is normal for cryptocurrency values to decline in a decreasing stock market scenario. This assertion, however, fell flat last week when the US and worldwide stock markets recovered, but cryptos continued to fall.

“While US and worldwide equities recovered and completed the week with their first weekly gain since late March, the same could not be said for the crypto markets,” stated Darshan Bathija, CEO and Co-Founder of Vauld.