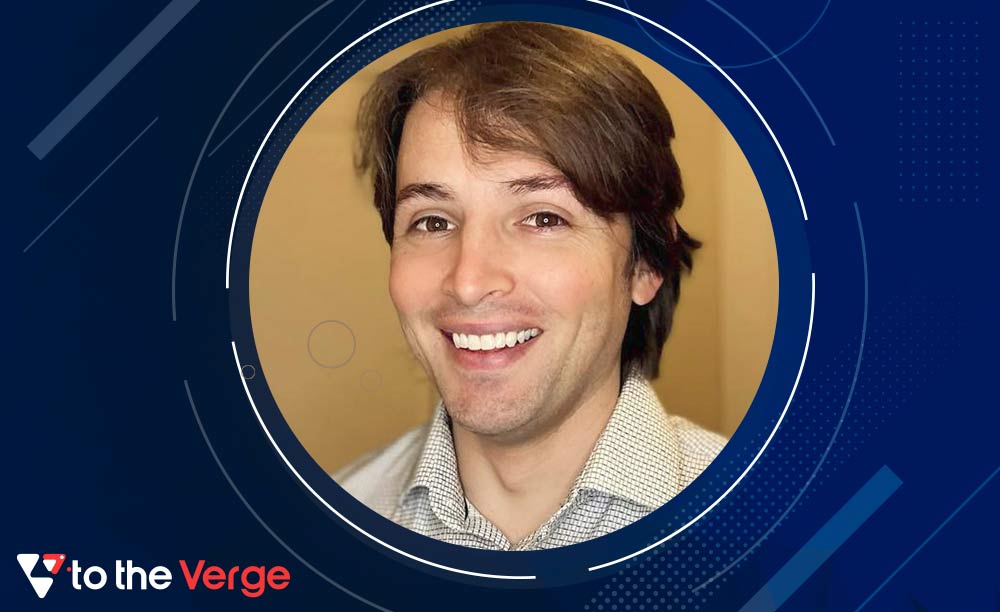 Virtual Reality As A Societal Asset – Insights by Kyle Doran

“To the Verge” had an insightful conversation with Kyle Doran, Founder of The Net VR, a new reality company focusing on bringing virtual reality to the mass market. He shared his insights on virtual reality being primarily stuck between VR headsets, and The Net VR is bringing it to cross platforms to perpetrate services. He also shared his perspectives on the potential of NFT and Metaverse.

Table of Contents show
1 About The Net VR
1.1 His Views On VR Technology
1.2 Kyle’s Take On 3D Modeling And 3D Technology
1.3 Metaverse’s Role In Benefiting Virtual Reality
1.4 Kyle’s Take On NFTs
1.5 Theatre And Game Streaming
1.6 VR As A Boon To Small Businesses And Startups
1.7 How is The Net VR Different From Other VR Companies?
1.8 Future Of Metaverse
1.9 His Views On Collaboration With Other Platforms
1.10 Conclusion

About The Net VR

The Net VR is a New Reality Company. The organization was founded in 2019 and is a promising early-stage startup in need of funding. Its goal is to make virtual reality more accessible to the general public.

Kyle shares, “Our organization specializes in Virtual reality. However, it is a startup that needs funding. We are seeking an initial investment round currently while building traction. We are a promising early-stage company looking for growth capital.”

According to Kyle, Virtual reality is now limited to VR headsets, but The Net VR aims to bring it to cross platforms for service. The organization also works on strategies to widen the VR community and live streamer participation.

His Views On VR Technology

Kyle believes that Virtual reality, since 1990, has been based on 3 principles: 3D Space and technology, Equipment and Immersion.

He shares, “The net VR believes in a newer version of these 3 principles, and we maintain the 3D space. We are bringing time and matter, so the definition of reality is space, time and matter. We are trying to get live streamers to increase time value.”

He also shared his insights on Bits and atoms. According to him, bits are complex and generated, and virtual reality can exist in the space without any human interactions. “So we are creating a virtual reality space and not focusing on the equipment that gets into the space,” he says.

According to Kyle, there is no set rule for 3D Modeling and 3D Technology as the technology seems to raise its bar frequently in terms of advancements. The main engines of 3D modeling are driven by Unreal and Unity, two of the best gaming engines.

He says, “With The Net VR, we may bridge the gap between gaming in a very interesting way, like how Oculus was able to bridge games in their rooms and have application loaders. And if it goes according to the plan, I think in the next 10-15 years, we’ll have a new 3D operating system.”

He also shared that the organization does not work on a 3D operating system; instead, it primarily codes in Unity. “We use the Unity game engine because it has the cross-platform functionality, which I think is a real winner.”

According to him, Metaverse is Mark Zuckerberg’s spin on Virtual Reality. Virtual reality is synonymous with headsets, leading to people rebranding virtual reality as metaverse and reframing of perspective on virtual reality.

“That’s what we are doing. We are choosing to go back and try to reeducate everyone on the principles and definitions. So therefore, I believe that the terms metaverse and virtual reality are synonyms.”

Kyle finds the functioning of NFTs fascinating as they allow virtual reality space to have its ownership and uniqueness. According to him, NFTs are just Blockchains.

He deliberately says, “I think it will be too early to get into things like NFT because I think it is a very dangerous market and unnecessary. Like me, many big companies don’t go with NFTs because they are unnecessary and can be replaced by a typical database system.”

“And in my opinion, NFTs are just blockchain, and blockchain is the DNA of virtual reality.”

According to Kyle, social media is where most virtual-made content is consumed and produced nowadays. It’s mostly in 2D and virtual reality. You’re staring at a computer screen or some other kind of display.

He shares, “In the Net VR’s view, 3-Dimensional Technology is the most important aspect because it matches real reality. Theatre and Game streaming holds an abundance of importance. Therefore, we stumbled on the principle of live streamers. We thought to combine both ideas in virtual reality.”

According to him, live streamers are driving metaverse to the next level of rebuilding real community and having real social impeachment.

VR As A Boon To Small Businesses And Startups

According to Kyle, the startups and small businesses focusing on 3D Applications may be benefited because being device agnostic would be a great help.

He says, “A lot of virtual reality games can be played on a computer, but not everyone has access to computers, but they do have access to phones. So the startups involved in it should ensure that an individual can run the application on a computer, phone or any head-bound device or display.”

How is The Net VR Different From Other VR Companies?

He shares, “The biggest fact that distinguishes us from other VR Companies is that we are a company base on Virtual Reality, but we are not into headsets. Our head-bound display makes us different from our competitors. The displays have a strategic value and are devices that connect to virtual reality.”

The metaverse, according to Kyle, is a place full of opportunities. He aspires it to be more open and widen the sphere of metaverse applications.

He considers the metaverse identical to virtual reality; he sees no distinction between the two notions because they are both full of options and possibilities.

His Views On Collaboration With Other Platforms

Kyle shares, “The Net VR is open to any other platform ready to collaborate. There should be no set industry standards on how a company can collaborate. We’re following Microsoft’s lead and bringing an application launcher and loader to the table. We essentially supply rooms that can be loaded into apps. Our minimum viable product is an open 3D space application in a switch. So, in a nutshell, we’re loading into pages.”

Kyle Doran, the Founder of The Net VR, provided a wealth of information throughout our conversation. With the rise of virtual reality’s role in metaverse growth, development of VR communities and live broadcasters, The Net VR aims to play an active role in bringing virtual reality to the masses. Kyle feels virtual reality is now restricted to VR headsets, but because technology can change society, The Net VR may bring it to cross platforms for service. This stirs us with anticipation to look forward to the progression of VR.

Kyle Doran is the founder of The Net VR, a new reality company dedicated to making virtual reality accessible to the general public. He’s bringing his expectancies and appetites to the table while inventing helpful technologies that link people. Kyle is brainstorming strategies to increase participation among VR communities and live streams. He works as a metaverse consultant as well. He describes himself as a Six-Sigma Ninja who is agile, lean, jit, and OEE. He takes tremendous pleasure in being able to comprehend results-oriented businesses.

Jyoti Rai is an enthusiastic writer who enjoys exploring new things. She is now working on writings about recent technical breakthroughs, particularly in the domains of Metaverse and future technologies. She may be found listening to music and reading poetry when she's not writing.