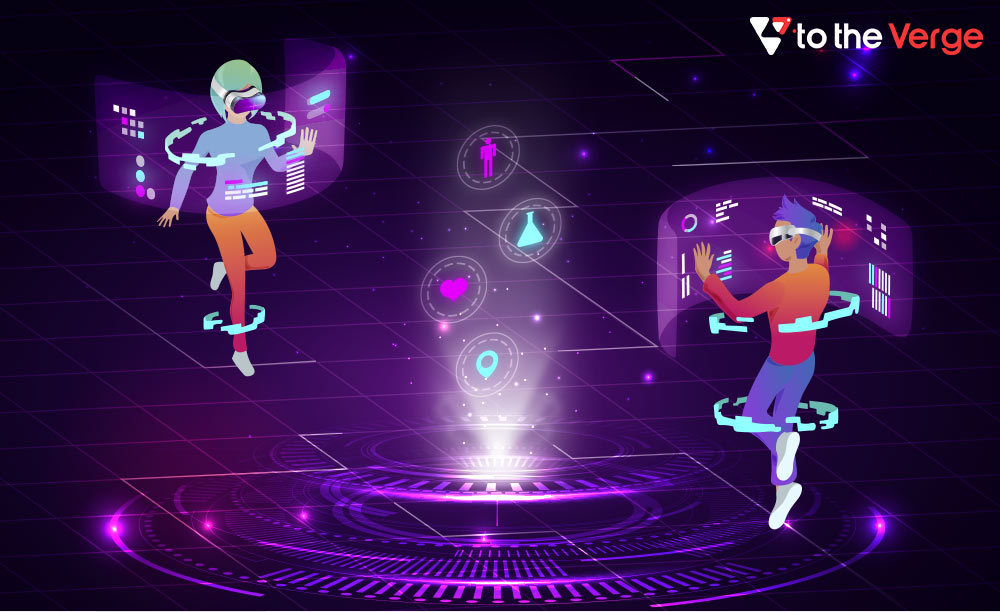 6 Things Artists Need To Know About The Metaverse

Creativity is an invincible part of innovating new technologies. At the same time, the upheaval of emerging technologies plays a significant role in the creative economy. The metaverse has got people across different industries talking about the future of our world. As we proceed towards a more immersive, technologically driven world, artists and creators might wonder how the art world and making a career in the art world could change.

Metaverse as a concept has stimulated the minds of millions — from tech and business leaders to ordinary people. Yet, while some ponder over the ways to benefit from it, others still wonder what is the metaverse?

Different meanings exist for the term, depending on what kind of professional industry one interacts with. But in general, the metaverse is being viewed as the new phase for the internet. This new phase will be a network of 3D virtual worlds focused on social connection. We can see how society’s dependence on the internet has increased over time. Hence, one needs to care about how this progresses and whether metaverse becomes the next iteration of the internet, impacting much of people’s lives.

In this continuously evolving period, creators and artists might think about what is included in the metaverse? Or what are the possibilities of the metaverse? We’ve got it covered. Here is a list of six things artists and creators need to know about the metaverse.

How Would The Metaverse Work?

A metaverse essentially would blur the lines between people’s online and real-life interactions through a convergence of augmented, virtual, and physical realities. The Co-founder and CEO of Meta, Mark Zuckerberg, calls the metaverse an embodied version of the internet that would be more immersive, which would work with the help of immersive technologies like AR, VR, and 3D Computing. Hence, we hear of big tech companies investing and working on AR and VR technology, a significant gateway to the metaverse. In addition, according to tech experts, other technologies like blockchain are more transparent and cost-effective; therefore, it would be appropriate to use them for the metaverse. At the same time, there are current implementations of the metaverse that can largely be seen through internet video games like Fortnite, Roblox, Decentraland, and Active Worlds.

Instead of the hosting platforms controlling the content, users would create and own most of it in the metaverse. They can be individuals, companies, institutions, and even governments. While user-generated content allows creators to experiment and enjoy boundless creative possibilities in the art world, however, the chances of content manipulation exist. 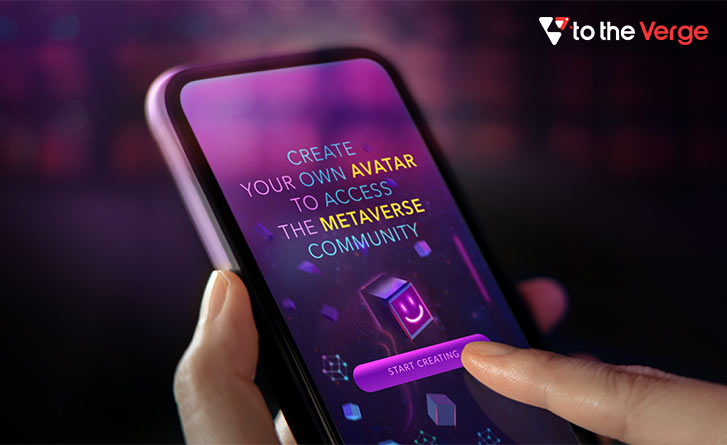 Thus, content control becomes a paradoxical issue. In a discussion among eight digital-marketing experts, as reported by PR Week, Tessa Conard, Head of Innovation for TBWA Asia, said, “Consumers are now more than ever realizing their power. This comes through their voice, communities, place on platforms, and money. They have the ability to walk away at any time, and a thriving competitive landscape means there are other options and will continue to be. So we’ll need to follow consumers’ lead, and I think that’ll be much more grassroots-led. If we look at the current state of DAOs, this is what you see happening. Voices are powerful alone but, of course, are more powerful together. By coming together to decide on future developments, investments, and new worlds, consumers are the ones calling the shots. The walled gardens will just need to decide whether they want to be a piece of that puzzle through integrations (or fully opening up their platforms, which is unlikely) or if they are going to risk being left behind.”

One of the anticipated attributes of the metaverse is its interoperability. It implies that digital goods and virtual identities would be able to travel across metaverse platforms. In the same discussion between the eight digital-marketing experts, reported by PR Week, Tessa Conard stated, “I think we’ll see platforms stay somewhat walled, but open up more to integrations that are cross-platform [in nature]. Similar to how our personal IDs are now commonly used across different platforms, I think we’ll have the ability to port ourselves in a similar way with things including our currency, digital possessions, preferences, and avatars.”

In this case, experts question how we would ensure in the metaverse if the content has traveled across to the desired platform safely and securely. In addition, another fact to consider is whether the content shared would be used and presented in a consensual way that would not be objectionable to the content owner and the end-user.

A Consistent and Persistent Nature

Another unique feature of the metaverse is its consistency and persistence. As explained by tech gurus, it means the metaverse would live by default and would not stop if one leaves the 3D environment. There would be a continuity of data in the space, and once a user exits the environment, it cannot be reset. The virtual existence of the user, including the actions they perform in the metaverse, will be recorded and will exist in some form. It may also be difficult or impossible to clear history or start over in the metaverse, much like real-life.

Norms are still being developed around this. But, it’s possible users would have to deal with a 24/7 interactive environment and therefore would need to consider adjusting their work, activities, and strategies accordingly.

A Digital Twin of the Real World

The metaverse would probably be a “digital twin” of the real world. According to tech enthusiasts, the metaverse could have virtual copies of places, things, and people as found in the physical world. For instance, Hampton Hall, a luxury mansion in the UK, recently caught people’s attention for being the first in the world to be listed both in the real-life and the metaverse.

These digital recreations might raise questions about the scope of real-world ownership rights and whether those have the same protection in the 3D digital space or not. Hence, thinkers and futurists believe that people who actively design virtual content can ensure that legal and creative teams agree on the norms and standards.

Experts suggest that people could purchase digital goods using cryptocurrency; besides, users could also earn money by offering goods and services to other users. In addition, NFTs are being viewed as an effective tool for content creators and owners to protect and track digital content/goods as they move across platforms.

Digital content can exist in four forms, namely audio, images, texts, and videos. Anything digital can become an NFT. For instance, Beeple, an American digital artist, sold an NFT for $69 million at Christie’s, a British auction house. Similarly, Twitter’s co-founder and former CEO, Jack Dorsey, sold his first tweet as an NFT for $2.9 million. 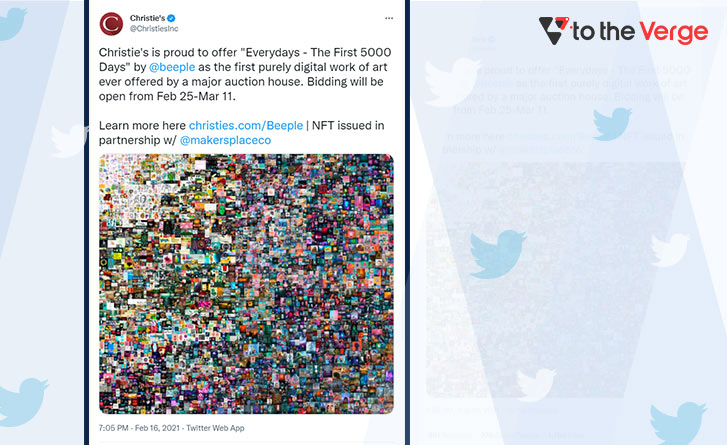 To conclude, we may say that metaverse would bring an ocean of opportunities for artists and creators to monetize their work and share it with audiences worldwide. Making it in the art world would not be too difficult now. However, before one imagines the benefits as too high, one must consider the potential risks and challenges associated with sharing the content and ownership rights. Moreover, experts acknowledge that the metaverse is yet to mature; therefore, they suggest that norms and standards need to be established with mutual consent to mediate its implications. 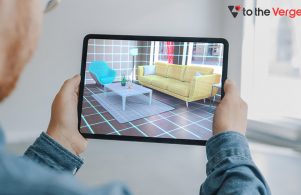 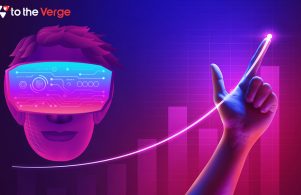 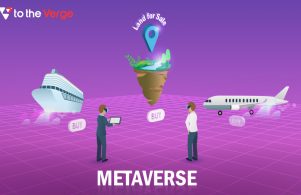