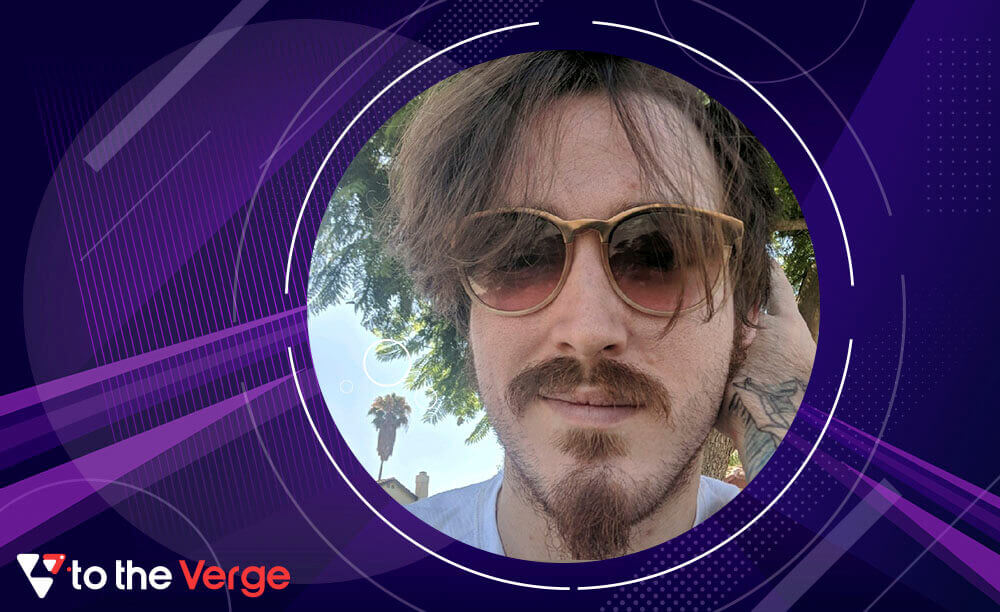 The Potentials of Web 3: Thoughts By John Marrin

John Marrin (Founder/CEO of Use Case Future Technologies/Use Case Studios) shares his vision of solving human problems with Blockchain and developing solutions for the modern world.

He generously answered a few questions for To The Verge. The entrepreneur shared his work with emerging technologies and developing fantasy games using NFTs.

Use Case Future Technologies aims to bring Web 3 solutions to the modern world. It will be launching innovative products like a decentralized exchange platform, NFT marketplace, and research use cases for Blockchain & NFT technology.

John has a progressive plan for his organization. He has the vision to curb the problems people currently face in the industry.

“We’re aiming to be on the cutting edge in every sense; I plan to implement work weeks that will make people most productive and mentally healthy, provide a culture of forward-thinking and growth, and treat people like they should be treated. We have an opportunity to shine a light on everything that’s wrong with corporate America and unchecked greed, and we intend to. We want to be the company that all these billion-dollar corporations pretend that they are. I want people to work WITH us, not FOR us, and love what they do so much they don’t want to leave.”

Clearly, he wants to build a strong team for a long-term future.

Tokenomics- Economics of the future?

John is optimistic about the long-term viability of digital assets. A boom for Blockchain is yet to be observed, according to him.

“The long-term viability of digital assets, I think, is substantial. I would argue that we’ll see a majority of our transactions either directly or indirectly using blockchain technology in the next 10-15 years. It’s 100% the economics of the future, especially as we get closer to a more decentralized society. There are going to be ups and downs in cryptocurrency for some time as it’s very much in its infancy,  but as it grows and matures, a lot of the speculative nature will fade.”

John is upbeat about IoT. As per him, with more technological advancement and digitization, the scope of IoT will be huge in the future.

“The potential of IoT is massive, especially as we continue to digitize and advance technologically.  The ability for devices, computing systems, and people to interconnect will be more and more integral as time goes on, so it stands to reason that IoT will play a huge role in efficiency, communication, and the collection and analysis of data. As far as what I’m excited about as it relates to IoT, I think the first fully digital blockchain city will be incredible,  definitely something I’d love to bite into down the line.”

John acknowledges the vastness of Web 3. It may enable human beings to become more rational with blockchain technology.

They aim to make the world a better place using Blockchain solutions.

“At our core, we want to be a company that learns and grows as the space does. Web3 is so tremendous because of its ability to allow another to do anything, and in many cases, get paid for the privilege! The tokenization of the next internet is going to change how people value their time. I mean, who wants just to be forced to watch an ad when you can get paid to watch it? We want to solve human problems with blockchain solutions.”

John predicts that Non Fungible Tokens (NFTs) will play an essential role in developing several innovative products in the future. They will be a mark of digital ownership. John and his team are working to make this a reality through ‘Ancient Flame.’

“Non-Fungible Tokens I feel have an underrepresented role to play in our future as they are currently being used as a vehicle for art when where they will really shine is digital ownership. Lease and rental agreements, voting protocols for both citizens and elected officials, tickets to events, medical records, and other practical uses will really open people’s eyes to the potential. Our goal is to look at 10 years from now, not RIGHT now; we have to think about the future. We are currently working on Ancient Flame, a metaverse MMORPG fantasy game that uses NFTs to allow players to trade weapons, characters, and even property. ”

John emphasizes that instead of focusing on play-to-earn features primarily, the best strategy to retain users is to create a fun, inclusive, and immersive game.

“The best strategy for retaining users is making a good game! My biggest problem with blockchain gaming is that the game just isn’t fun. With  Use Case Studios we’re aiming to make an immersive fantasy social experience that’s a good game first and a P2E game second. A lot of games put the earning potential first, and it’s just backward. We’re building the first gaming studio that is run by a DAO, giving the players more say than ever over the development, features, and future releases than ever. We’re going to be the first player-run gaming studio ever. ”

Challenges in the adoption of Web3

John warns that ease of adoption, accessibility, and public perception are the areas where most of the challenges in Web3 lie. According to him, it will require a collective effort of metaverse as a community to set standards and make this future space feasible for everyone.

“Most of the challenges ahead lie in the ease of adoption. If your grandma can’t easily jump into the world of digital assets, then we still have a way to go! Ease of access is definitely a barrier, and just public perception in general needs to move more into intellectual curiosity as opposed to skepticism if we are to make forward progress.  Ease of access, public perception, and barrier of entry in some cases are the challenges that are most noticeable, that and a lack of decent regulations of the space, in general, gives it a bad name. It’s the wild west out here. I think overcoming these obstacles is just a matter of coming together as the community of this emerging space and setting the standards, showing its viability, and continuing to grow. ”

John points out that their project is at a nascent stage. He briefed about the road map of how they will enable and ease the process of virtual therapy.

“Use Case Labs is a project in its preliminary stages, its first stage being to provide a digital virtual therapy office through which anyone can receive anonymous individual or group therapy at any time. With the tokenization of our model, users will be rewarded in tokens after a session which they can then use for a quasi discount on any subsequent visit, pay for someone else’s therapy, or donate them to our helping hand’s fund, which provides free care to those who need it but can’t afford it. We also aim to provide free care for veterans. We’re bringing the metaverse to therapy. The rest of my plans for the lab are TBA.”

As per John, the future of immersive technologies like BlockChain, NFTs, and IoT seems promising. They may transform the lives of people across the globe. There will be challenges in adopting these technologies, but companies Use Case Future Technologies are cracking viable solutions. In addition, Cryptocurrency may become mature and easily adaptable for people with time. Similarly, the gaming industry will also get transformed using the NFTs. According to John, it is crucial to develop a satisfactory game that focuses on monetary aspects later.

John completed his High School Diploma & Associate degree in Political science from Moorpark College. Post completion of his education, he made very humble beginnings and did odd jobs to sustain himself. In October 2021, he began his stint as a Freelancer Toekenomics consultant and learned the nuances of development.

Once he started to understand these immersive technologies, he decided to become an entrepreneur. He launched Use Case Studios (A Blockchain gaming company) and started to develop a Blockchain-based fantasy Metaverse called Ancient Flame. He envisions his company to be extremely people-centric and deliver cutting-edge solutions in Metaverse & NFTs space.