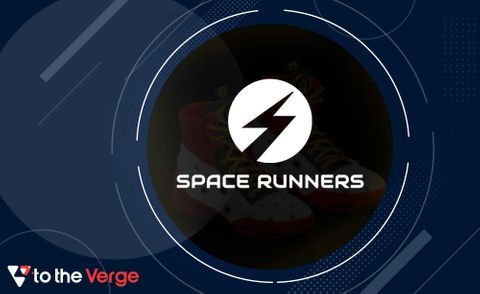 ‘To The Verge’ had an enlightening conversation with Won about his journey in the Metaverse and Web3 space, how Space Runners wants to make fashion accessible for all, and the potential hardships businesses in the metaverse space could come across. Stay tuned till the end to get exciting insights!

Table of Contents show
1 About Space Runners and its Journey
1.1 NFTs through Augmented Reality
1.2 Open-Source Fashion Items
1.3 A Wear-to-Earn Economy
1.4 Community-Driven Designs
1.5 The Interoperability Challenge
1.6 Vision for The Future
1.7 Conclusion

About Space Runners and its Journey

Won described Space Runners as the first metaverse fashion brand. He further shared how the brand’s journey began and eventually found its purpose. The brand started its operations in March 2021. Around the same time, Won realized how the inflow of metaverse projects gradually increased, and more people were building avatars for the virtual world.

“Around March 2021, there was a huge inflow of all these metaverse projects. Then there was another big contingent of people building avatars for the metaverse. Ready Player Me, Genies, even all the NFT projects are mostly avatar-based.”

Won believed NFTs could solve the problem of digital identity, given their unique non-fungible and non-replicable characteristic. Moreover, many projects were based on either building avatars or the metaverse, but none addressed what the avatars would wear. Won understood this gap and decided to position Space Runners as a metaverse fashion brand.

“If we believe that soon most people in the future would be spending their time in the metaverse, then we’ll face the problem pertaining to digital identity. It is already a huge problem in the real world. However, it would probably be a bigger problem in the digital world since it would be a lot easier to have fake identities. But NFTs are a very easy solution to this. Using your avatars as NFTs would create a unique non-fungible and non-replicable identity for your avatar.”

“I realized that there were so many people working on the avatar side of things, and many were working on building their metaverses. However, no one at that time was working on what these avatars would wear in the metaverse.”

“Fashion in the real world is a huge $5 trillion market. If people spend a lot of their time in the metaverse in the future, they’d have to have fashion equal to or even larger than its current market size. So I saw this opportunity in the NFT space. The hypothesis I wanted to test with this was if you could sell avatars as NFTs, you can definitely sell what they’ll wear in the metaverse. So, we positioned Space Runners as the first metaverse fashion brand.”

Won explained how Augmented Reality is separate from the metaverse and the NFTs. He emphasized understanding how the two are different technologies and shared how Space Runners use them together to create unique digital wearables. Won believes the space has tremendous potential for fashion brands and people as both can connect virtually.

“We have our AR technology where if you own our NFT, you can virtually try it on. You can take the camera onto your feet and see how the NFT shoes look. I believe it will be a massive space for fashion brands. You don’t have to walk into a store but can virtually try things on because of AR. It is another way to make the wearables more attractive.”

The open-source fashion items and the technology that creates them were pretty technical aspects Won explained with absolute simplicity. To begin with, Won first brushed on the vital difference between Web2 and Web3. The latter is based on blockchain technology, and the former is based on cloud-computing systems.

He further added, “If we look at all the versions of the web comparatively, then Web1 was a pre-Google thing. There you could only read. Centralized companies published, people could go to a website and read, but you couldn’t edit. In Web2, you can read and write. You can edit things that are posted and comment on them. People can voice their opinions online. This was the Google, Facebook, and Instagram era, which has been very useful so far. However, with Web3, apart from reading and writing, you can own every content yourself as an individual. Ownership is the essential element that comes from using blockchain.”

Won explained how the items that users purchase on Web2 games like Fortnite or Roblox come with restrictive platform usability. So, even though users pay for the items, their ownership rights stay with the respective platform/game. With Web3, the scenario is entirely different.

“Web2 is centralized because no matter what you do, you don’t fully own what you create. But, in Web3, it is different. Whatever you create as an individual user, you will own it entirely. So, the way to make users fully own what they buy is through NFTs. For instance, Axie Infinity is a game on the blockchain. It’s one of the first Web3 games. Any items or characters you buy there are yours. So, Axie Infinity doesn’t own them. You own them. So you can take/trade those items or characters to a secondary market. That is the real difference. You are the sole owner of the stuff.”

Won envisioned how the same concept could be applied to the clothing industry for the games. By utilizing blockchain technology and NFTs, Space Runners’ fashion items were made open-source to enhance their usability.

“We’ve engineered all our fashion items such that you can pick that clothing out of Fortnite and put it on any other blockchain game. You can take that and use it on Axie Infinity, The Sandbox, Decentraland, and so on. You’re the full owner of that item, and so you should feel free to do whatever you want with that item. NFTs make this possible on top of the blockchain, which makes you as an individual fully own the items.”

Won shared his vision of creating a wear-to-earn economy through a systematic procedure that would include voting options, fashion leadership boards, token rewards, and more. Won said the idea is to incentivize people to dress better and be participative to help them make money.

“Imagine that many avatars are standing around, walking around you in the metaverse. You can up-vote or down-vote different avatars depending on their fashion and your liking. The more up-votes a person accumulates, they climb up the fashion leaderboard. Those who make it to the leaderboard get rewarded with our space tokens. So, we are creating an incentive system where the better you dress, the more money you can make. That’s what we call wear to earn economy. And to incentivize voting, the people who vote for those who make it to the leaderboard also get rewards and earn tokens. So, we incentivize people to vote and to dress well.”

The platform not only plans to reward the participants monetarily for being creative and dressing well but also offers them the experience of being fashion influencers.

“If you come in the top ten every week, then you get featured in what we call the ‘Space Magazine.’ You’ll get featured on all our social media channels. So, one will become famous like a metaverse fashion influencer. We try to incentivize people to dress well, not just with our token monetary rewards, but also with the whole influencer piece that people would want.”

Another area that Space Runners plans to develop on using the incentivizing mechanism is the design space. Won explained they aim to bring together different designs from across the community to create a unique working space for them to collaborate.

“For the first time, we’re trying to crowdsource different designs from the community. In our metaverse, there are a lot of up-and-coming fashion designers, so we’re creating a co-working space there where fashion designers can come and create clothing together. They can upload their collection on the leaderboard. So, if people like the designer collection, they can upvote it. They’ll earn token rewards for putting up nice designs if they make it to the leaderboard. And if they make it to number one, they become the designers of the next collection. So, they’ll get a revenue share from our next fashion collection, NFT launch, etc., since they are the main creators. So, we’re trying to create community-driven designs.”

Vision for The Future

Won shared that Space Runners stays with the idea of not competing but collaborating with all the metaverses being built. After the launch of their first collection, limited to shoes, they plan to extend and encompass all fashion clothing such as hats, caps, jackets, and more.

Won further elucidated how he sees the future of the fashion space. He considers the industry would be more environmentally friendly, decentralized, and accessible in the future.

“First, I see one of our objectives at Space Runners is that by making people shift to digital clothing and fashion, technically, we’ll considerably reduce the waste generated through fashion.”

“Second, we want to decentralize fashion which means if you own fashion in the digital space, you can use it anywhere; you’ll be the true owner of that fashion. And if you’re a designer, you don’t have to rely on big brands for you to become famous. If you’re an up-and-coming designer and you’re skillful, come to our platform, and you can get famous. You could be the designer of our next collection. With fashion on the blockchain, we have a huge opportunity to decentralize fashion for the first time, where we give opportunities to individuals to succeed and not rely on big centralized brands.”

“Third, we’re trying to make fashion apparel a lot more accessible to everyone. Now, you no longer have to leave your home and go to a physical retail store to try on all thee clothes. Instead, we’re creating a fashion metaverse where you can simply put on your VR goggles or grab your phone or go on your computer and walk into all the stores in the metaverse, and try on different clothes with your avatars.”

Our conversation with Won Soh was quite informative and insightful. He talked about some of the critical aspects of the metaverse and Web3, such as interoperability, ownership rights, design and development of platforms. He acknowledged the presence of challenges but is hopeful for the future of fashion and creativity in the metaverse.

Won Soh is the Co-Founder of Space Runners. He has had years of experience as a business consultant and has worked for big companies like McKinsey, Berkeley Consulting, Bain & Company, and Google. In addition, he was the Squad Leader and Drill Sergeant in the Republic of Korea Army and the Peace Keeping Operations Specialist in the United Nations Interim Force in Lebanon (UNIFIL).