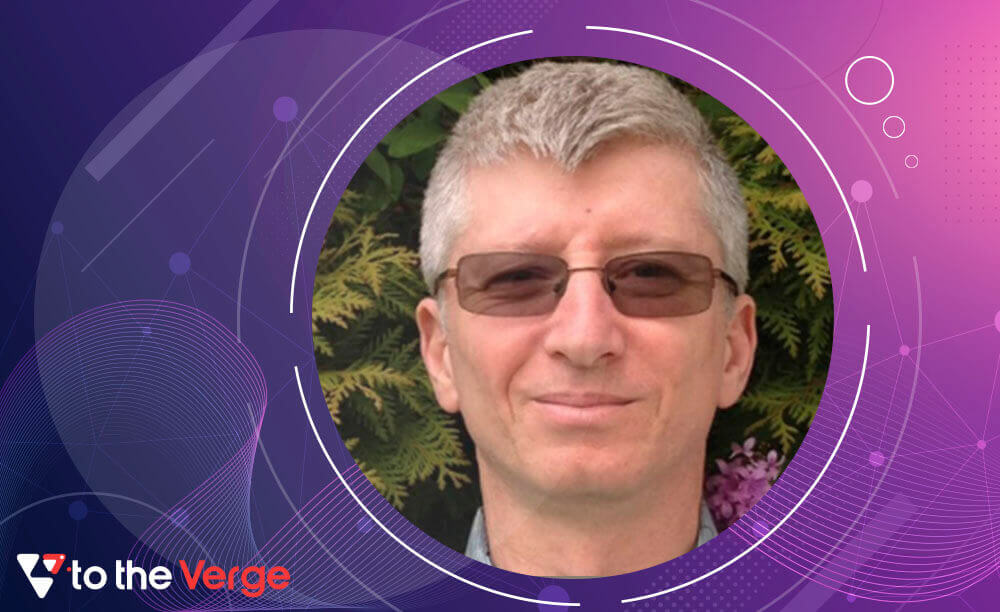 He answered some questions about blockchain technology and its use-cases, the future of no-code web development, the merging of different technologies, and the metaverse. Read till the end to learn more!

FYX Gaming is a cutting-edge blockchain and gaming startup that prioritizes bringing blockchain, metaverse, and Web 3.0 together. Since 2018, the organization’s mission has been to pioneer the blockchain gaming space by putting gameplay on the blockchain without the additional complexities of other networks.

CryptoFights has been one of their premier games. It was created to demonstrate the power of the ‘Proof-of-Game (PoG)’ play, where every move in the game is equivalent to a transaction. PoG is a consensus algorithm that is deemed to be suitable for resourceful and resource-constrained devices. Furthermore, it is a memory-dependent and CPU-independent mechanism to improve resource independence and time coherence.

“To bring forth the power of blockchain and showcase that its usage is not limited to NFTs and that it can also extend to gaming and eSports; the company, when launched in August 2021, did over 2.1 million transactions a day and planned to take it from there to a billion transactions. In January 2022, it crossed its previous bar and did 4 million transactions per day with the help of Proof-of-Work (PoW).”

PoW is a method of adding new blocks of information or transactions to a crypto’s blockchain. Crypto miners compete with each other to update the blockchain. The one who wins the right to do so receives rewards.

Views on Present Use of Blockchain Technology

Ivan thinks speculative activities and cutting corners have increased on the part of most big players because they realize they cannot deliver the promise of a scalable audit trail using a unique timestamp per transaction. After all, it becomes difficult as the number of nodes and transactions increases in the blockchain.

In his view, corporations and mass users are pushing on the scalability of the technology. As a result, they are in a rush to expand the user base, but this would increase the risk of centralization and double the spending on the blockchains, which would reduce the trust that the system aims to provide.

“I feel that PoW, which was designed to prevent the scalability issues, is being neglected and undermined. Proof-of-work at scale requires enormous energy, increasing as more miners join. I think it can and must be utilized well to tap into the fullest potential of blockchain technology.”

Ivan believes that software development will be based on a 100% NoCode approach in the future. NoCode development implies that programmers and non-programmers would create software applications through graphical user interfaces and configuration instead of traditional computer programming.

He said the public blockchain is perfect for facilitating software protocols to approve software after code coverage. Code coverage is a measurement to determine which statements in the body of code have been executed through a test run and which statements have not. The blockchain will become a marketplace for widgets, applications, and libraries, following the protocol and forming the foundation of Web 3.0. This implies that software distribution would depend on whether or not they follow security protocol and are guarded by smart contacts, which would improve cyber security.

“I think the risk of hacking will become negligible with NoCode development. And eventually, the system will become bug-free over time as the usage of NoCode software would increase against the most popular user interfaces. This approach is very similar to how the automotive industry developed with very few players left. Still, cars are safe, and very seldom do we hear about issues with their safety.”

Integrating Web 3.0, Blockchain, and the Metaverse

Ivan shared that FYX Gaming is pioneering in what they perceive the metaverse to be, i.e., a shared human experience that will indefinitely engage the users’ minds. He further added that every transaction done through and on the platform is placed on the blockchain, making it a time capsule that people can access whenever they prefer. Furthermore, to strengthen the immersive, memorable feeling, the company aims to create real NFTs, evolving avatars to enable players/people to think they are inside the game. This is how Web 3.0, Blockchain, and Metaverse integrate FYX Gaming.

“Every transaction on our end is 100% placed on the blockchain, and it is the actual transaction. Therefore, it is a time capsule of what happened and can be replayed 100% centuries later. That gives us the ability to create only real NFTs, evolving avatars and make a player think they are almost like inside the game themselves.”

Ivan thinks that the process of software development would be independent of coding requirements. Using ACENji, a no-coding software developed by Ivan, he believes an environment can be created where self-tuned and self-published code can drive web development. He considers it to be a beginning towards a definitive Web 3.0 where people can opt-in or opt-out based on user-defined smart contracts and the rules on the public blockchain.

“I think Web 3.0 was designed to function without humans, so the software development cycle is no exception and has to be 100% done outside of humans. That includes the writing of the actual code itself.”

Layer One Gaming and the Metaverse

Ivan shared layer one blockchain gaming is something that FYX Gaming follows. Layer one is a set of solutions for the blockchain that would improve the base protocol itself to make the overall system more scalable. They utilize the original PoW protocol on a decentralized public blockchain called BSV (Bitcoin Satoshi Vision). So, every activity and transaction on the blockchain is recorded publicly. For a long time, Ivan and his team have been working on ground-breaking innovation to target scalability and improve throughput.

“We could make hundreds of thousands of transactions on the chain when we started, but today we are looking to cover double digits of Millions on-chain. To give you an idea: there could be around 109M credit card transactions from Master Card and Visa per day in the US. At FYX Gaming, we are confident we will eventually achieve billions of transactions per day, and that is promised land for what layer one needs to be.”

The future utilization of NFT, said Ivan, would evolve naturally and consider property rights and jurisdiction. He thinks it is very naive to believe that law and order do not apply to blockchain. A lot of work has to be done on checking the authenticity of NFTs as it’s a paramount concern. Ivan said FYX Gaming produces thousands of NFTs and places them on the blockchain from where the user can access and use them the way they like.

“It is very naive for some to think that blockchain lives outside of law and order, and the jurisdiction does not apply. Therefore, there will be a lot of cleaning of what NFTs are and are they 100% real or fake (just a hash). I believe the way we are making them in FYX Gaming –  we just produce them without any glorification – in hundreds of thousands per day, and they just land on the chain. It is up to users later to use them how they want.”

According to Ivan, investors and big companies haven’t understood the real meaning of metaverse. The concept has arisen from the evolution of multiple technologies, so there is no definition to explain it thoroughly. Also, he thinks that companies and organizations would all try their bits, but eventually, only a few would succeed in fulfilling a purpose in the metaverse.

“In my opinion, the metaverse is very strange symbioses of a bunch of keywords that most investors and big gaming companies do not understand. It reminds me a lot of the beginning of the web services era when they came around, and Microsoft and IBM tried to utilize them by giving free platforms to users to play and create. The result was a fiasco. That changed when Amazon came around and just did it – by creating the only profitable division inside Amazon today  – AWS. The metaverse is no exception.”

At FYX Gaming, Ivan plans to enter the metaverse industry via layer one gaming. He seeks to push the boundaries of layer one blockchain gaming and take it to the next level in 2022 with cooperative collaboration.

Ivan emphasized the possibilities of no-code development. We got some insightful answers from him and learned about his perspective and vision for Metaverse and the future of Web Development.

Ivan Assenov is a passionate and experienced software developer who has had over 20 years of experience in this field. In addition, he has a mechanical, electrical, rocket engineering, and computer science background. He worked in different roles across organizations until Dec 2021, when he dedicated his time to being a full-time Chief Technology Officer at FYX Gaming.      The article comprises the author’s views only and is reviewed by the author.