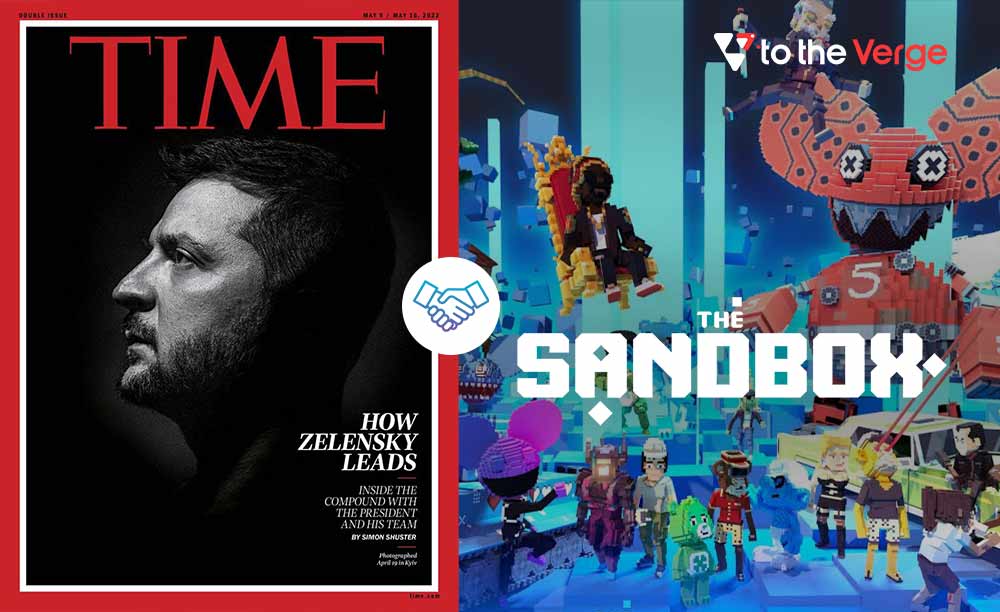 TIME Magazine Teams Up With The Sandbox For A Metaverse Project

Time magazine, the 99-year-old publication which once set the agenda for the most influential individuals in the world, is now going to set its foot in the Metaverse.

The magazine has teamed forces with The Sandbox, a simulated environment created on the Ethereum blockchain, wherein players can construct, own, and monetize their game experiences to create a virtual area inspired by New York City.

The Sandbox announced in a Medium article that it has teamed with TIMEPieces, the NFT community effort from TIME magazine. The agreement would call on the two institutions to collaborate and establish ‘TIME Square,’ TIME’s first-ever property in the Metaverse.

TIME Square will be created on TIME’s site in The Sandbox as a location for gathering, art and commerce, influenced by the visual character and vitality of the legendary neighborhood.

Kieran Warwick, one of the co-founders of Illuvium, said to The Defiant that the company’s decision to partner with The Sandbox as part of their “double down on their metaverse endeavor” was wonderful news for all in the sector. “The faster we can gain mainstream acceptance, most well companies we would be able to shift to web 3,” added Kieran.

On June 21, as part of the celebration for NFT.NYC, the cooperation was formally set into motion. As part of Time’s New Frontiers Territory (NFT) initiative, TIMEPieces, the area will make its premiere on a fictional plot of land in The Sandbox. TIME Square is the natural option for the name of the new development.

TIMEPieces will be a center for virtual socializing, creative expression, and economic activity; the business has opened an open request for architectural ideas to be submitted for evaluation.

The news is tremendously positive for a business that is struggling with everything else in bitcoin, even though everything is also struggling. According to CoinGecko, after hitting their record levels in November 2021, most metaverse initiatives have witnessed a value loss of more than 90 percent of their initial investment.