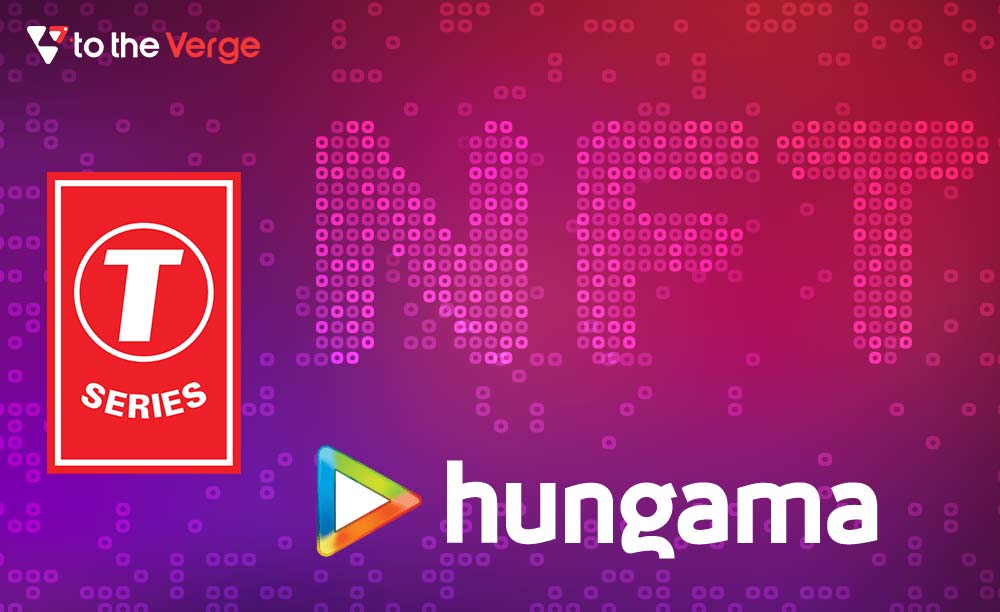 T-Series has announced its collaboration with Hefty Entertainment, a Hungama Digital Media division, to develop digital art pieces and Non-fungible tokens(NFTs) for a few of their films.

The two entertainment enterprise behemoths have teamed up on some of the best films, albums, videos, and games. Moreover, being the initial movers of the space, they are really positive about the process’s proceeding.

Preparing Digital Arts For Their First NFT Drop Together

Both companies have started working on their digital art creation for their debut in this space. Examples include vectoring digital creative arts from Akshay Kumar’s Bhoolbhulaiyaa, some graphics from Aashiqui 2, and the VFX of the film ‘Radhe Shyam.’

Bhushan Kumar, T-Series’ CMD states, “We look forward to extending and enhancing the value of our content that leads to further and rapid expansions of the global digital entertainment industry.”

Hungama will develop NFTs, “money can’t purchase experiences.” In addition to this, rare collectibles are part of this partnership, along with the release of exclusive scenes or glimpses from T-Series’ existing or new creations.

“We are happy to be first movers into the metaverse of entertainment,” said Hungama’s founder Neeraj Roy. He added, “We look forward to reimagining content with our web 3.0 project as we uncover new ways to cooperate. In addition, communicate with fans.”

Hungama proclaims to have 90 million monthly audiences traversing gaming, video, and music alongside YouTube, which claims to have the biggest global fanbase of around 395 million.

The two Indian entertainment titans will make use of their extensive international distribution networks. More than 2 lakh songs, 65,000 music videos, 150 films in various Indian languages, and other materials are available in their combined library.

Undoubtedly, both businesses will take advantage of the large fan bases they have built over the past few decades.

The relationship of this pair has already sparked a lot of discussions. The same level of effectiveness that is expected in the development of all other types of art is also expected in the creation of digital arts. Despite the fact that NFTs have a strong presence across a number of industries, the collaboration will offer them an advantage in India’s entertainment market.

The development of the Hefty metaverse is planned to take place with the goal of engaging audiences in a more expressive manner. Both T-Series and Hungama are striving to bring customers into the metaverse and take advantage of this space.