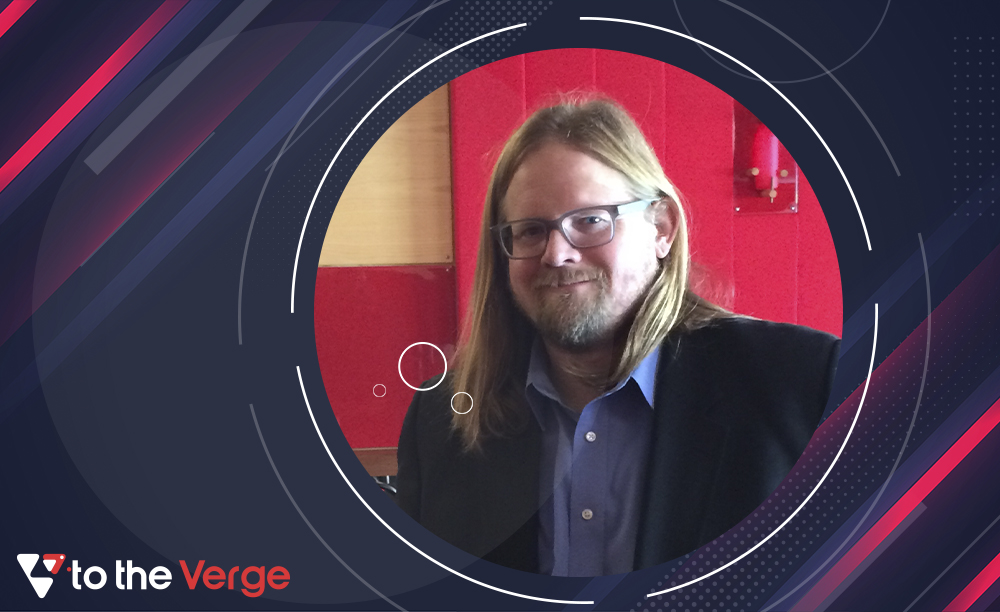 Jay Van Buren, Co-Founder, and CEO of Membit Inc. share his views regarding tech opportunities for artists and entrepreneurs alike.

‘To The Verge’ had an illuminating conversation with Jay Van Buren, Co-Founder, and CEO of Membit Inc. He shared his knowledge of the industrial applications of this technology, the various possibilities that exist in the field, and how anyone can tap into them. Stay tuned till the end to find out interesting facts!

Table of Contents show
1 What is Membit Inc. all about?
1.1 Implications of AR technology
1.2 What are the challenges when working with this technology?
1.3 The core difference between AR and VR immersive experiences?
1.4 Plans for incorporating NFTs and Blockchain in Membit?
1.5 Should some regulations or standards be formulated?
1.6 How did Steinway Room View employ AR and VR?
1.7 Prospects of disrupting AR in the Metaverse?
1.7.1 Conclusion

What is Membit Inc. all about?

Jay shared the underlying motive for creating Membit was to utilize the latest technology to support natural human traits. In addition, he wanted to create a system that would provide lasting value for its users, and consequently, more people would want to use it.

Membit is a platform that ties augmented reality (AR) content into specific locations very precisely to create meaning for its viewers. It is built on a system called the human positioning system. Jay further explained the system takes advantage of two facts –

● Every photograph is a record of a precise location and orientation in space.

“The system uses a photograph, and the user sees it at transparency through over the camera view. The user moves and positions themselves to see a particular view and taps the button.  Once that is done, the platform knows the exact location of the phone and space.”

Jay added this could help recreate historical events or create new stories and allow an individual to have a personalized experience of these from their standpoint. He further shared how he created a Membit of a famous photograph of Martin Luther King Jr. on the steps of the Lincoln Memorial when he was giving the famous “I Have A Dream” speech.

“I wanted to build this system to be able to create precision because it enables the creation of meaning. It’s not like Martin Luther King Jr. was somewhere around here. He was right there! That’s where he was! I think it’s a deep human need. One wants to visit a place where something important happened. People even go on a tour to movie locations, even though nothing real happened there. But they’re interested in the story and the characters.”

Jay believes that there are a lot of use-cases where we can utilize technology. He has tried to build up an infrastructure that can support as many use-cases as possible. According to him, these two areas can benefit the most from AR in the present times.

● AR as a Marketing Tool. With AR, marketing will be more participatory and experiential. This is a growing segment of the marketing spend, and it gets bigger every year because traditional advertising is gradually losing its impact. In the future, a new model of marketing will exist.

“The way marketing will function in the immersive tech is that the content will be the ad. You’re doing something fun; it’s fun for its reasons. But, certain portions of the content will have a branded message.”

● AR in Tourism. With audio and images integrated into a system or application, AR can enhance the tourism experience of the people. It doesn’t have to be limited to historical tours. The idea is to have experiential knowledge on one’s phone. “The museums are everywhere. The real opportunity lies in taking the museum, their knowledge, expertise, and spreading that out across the city. You go into the world, see things, and hear the information presented to you. They are telling you about something and giving you insights that you wouldn’t have had otherwise. And I think that is a fantastic use case for any kind of cultural institution/school. Spread the knowledge. The world is your textbook now.”

What are the challenges when working with this technology?

According to Jay, one of the biggest challenges with the tech is the accessibility of the content. He stated that most of the content is based on geolocation, which means identifying the geographical location of the user or the device via a variety of data collection mechanisms. It becomes challenging to get shared content to go viral. Since one would have to visit the place to experience through the application. But there’s a limit to how many people can go and see a thing.

“I think it’s an inherent problem in geolocative augmented reality that it’s not meant to be seen anywhere but a certain place, which limits the audience.”

Jay told us that he is working on a remote viewing option that would bring AR and VR experiences to the users’ devices without relocating or visiting a particular place.

“I am convinced by the thought that this can be resolved by letting people have a remote experience and connecting it to the live experience. So, I might be in a place looking at something in augmented reality, and you can experience it too from wherever you are, and we two can talk to each other.”

The core difference between AR and VR immersive experiences?

Jay explained AR differs from virtual reality (VR) as it adds additional elements to the reality of the person,  while the latter is about experiencing a completely altered reality. He thinks that eventually, the two technologies will converge since devices will develop to support both of them.

“I personally think that AR will always be bigger than VR because we are embodied beings, and we exist in the real place. I feel like flashforward 10 years from now, and people are doing VR  instead of watching a movie or playing a game, after work, etc. But AR will be all day, every day,  all the time, for everything. AR will just be how we use computers.”

Plans for incorporating NFTs and Blockchain in Membit?

Jay shared he has been thinking about doing something with the NFTs and the Blockchain. He, however, wants to be careful about it. Though there is hype in the market, he is sure of the future the value of digital collectibles as a category and added, “I think that what we need is a way to do digital collectibles that protect artists’ rights, collectors’ rights and that ideally does not cost a  fortune to participate in. I don’t think one should have to pay a lot in gas fees or buy tokens  just to participate.”

In Jay’s opinion, the concept of digital collectible will continue to exist. He thinks it’s a great way to support digital artists and help them make money. But the long-term valuation of any given collectibles is yet to be seen.

Talking of incorporating these techs into Membit, Jay said, “I want to make it so that a membit can also be bought and sold. It could be very interesting for people as what they’ll be buying and selling would be an image in a place, created at a certain time. So, it’s like when did you make it,  what’s there and where is it exactly. This whole thing is something that I want to make it so that you can buy and sell. Whether you can do that on a blockchain, that I am still trying to  decide.”

Should some regulations or standards be formulated?

Jay expressed his views about the subject are quite conflicting. On the one hand, he said, the current economy is full of ‘trusted’ intermediaries who take a large portion of the artists’ share. On the other hand, he wonders if complete decentralization and lack of regulation would be possible and desirable. Since the matter is still pretty fresh, Jay thinks time will give a better idea about how the system should work and develop.

How did Steinway Room View employ AR and VR?

Steinway & Sons, also called Steinway, is a German-American piano company. Jay talked about his collaboration with them to develop an application called Steinway Room View. The application is a combination of personal touch and augmented reality. Jay and his team collected many photographs of Steinway’s pianos, and then the digital artists created models that looked like real pianos. He further explained how the application works, “You get on a video call with a Steinway salesperson, and then they walk you through the process of seeing the piano in your room. So, they will tell you about the pianos and show you, different models. Because it’s the combination of high tech and high touch, it delivers to you the same kind of Steinway service that you expect brought to you through digital means.”

Prospects of disrupting AR in the Metaverse?

Jay believes the interfaces would be far more naturalistic and intuitive in the future. Information has been two-dimensional since the invention of painting and writing. But, gradually, it will become three-dimensional. And AR will play a huge role in that. Jay added that there are challenges to the progression of AR — half conceptual and half technical. Nevertheless, he thinks it’s exciting to imagine how we can represent digital data in 3D. There is a vast scope of research and innovation here. He suggested students should put some time into thinking about the affordances of immersive technologies and added it’s an excellent opportunity for those without any background in technology to enter the field and explore what’s in it for them.

Jay shared Membit has different channels that one can access from the application. After selecting a channel, the user gets to experience what the owner of the channel shares. They can participate and create content on it, which the owner can curate. In this way, a user can be a part of group creation or experience of a place. Nobody has to go anywhere; the channel owner mediates the whole process. In the future, Jay hopes to add more channels to the platform.

Our conversation with Jay Van Buren showed a different perspective of how we can use technology. Jay enumerated a more humanistic aspect of utilizing the technologies, focusing on ways to trigger imagination and excitement in individuals who’ll use these applications.

Jay Van Buren is originally an artist who accidentally ended up in technology. He completed his master’s degree in painting from Parsons School of Design, New York. Then out of curiosity learned web designing and found a career in digital marketing. After some years, he transitioned into AR and VR as these were new frontiers for more exploration for him. In 2014 he started Membit Inc, his company that uses AR for effective storytelling. The platform won NYC TechCrunch Pitch-Off and was named one of the 20 most fascinating apps from TC Disrupt SF’15 by MacWorld.