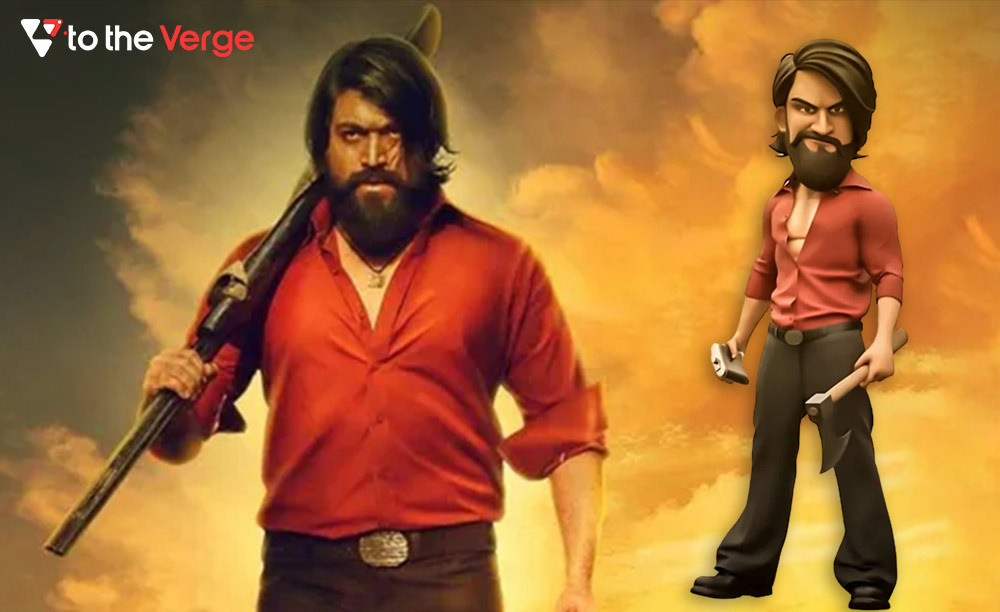 The creators of KGF Chapter 2 are keeping the fandom alive by exposing the world to ‘KGFverse’ where the fans may discover and explore the film lead, Rocky’s (Yash) realm in the metaverse.

The KGFverse is an outgrowth of the popular phenomenon K.G.F. by Homable Films.

The narrative and the characters are a part of KGFverse, wherein enthusiasts may live the movie. There are exciting games, awards, and loads of amazing items inside the Rocky virtual space. To access the KGFverse, one must have a crypto wallet. The crypto wallet may be linked to the KGFverse for accessibility.

KGFverse is a virtual avatar-based world dedicated to these enthusiasts. In the days to come, the producers are enabling the fan community to construct a series of virtual landscapes and games as an expansion of the franchise into the Metaverse. The purpose is to urge the audience to build a series of games and virtual settings which might allow KGF chapters to extend into the Web3-powered metaverse.

To join the KGFverse, all you need is an access token: The ‘EL-Dorado Book.’ The tokenized ‘El-Dorado’ book is a virtual ticket to obtain access to the gated collection of KGFverse.

Fans will be able to possess just 10,000 NFTs of said El Dorado Book, which would be the admission pass to KGFverse. The mint cost of each NFT was fixed to 7 MATIC.

NFTs have gained widespread within a span of time, with more businesses venturing into this mainly unknown terrain. Automotive manufacturers, merchants, fashion labels, sports agencies, corporate bodies, etc. Everyone’s hopping on to grab a bit of the growing and the trending. While NFTs are incredibly pricey to get hold of, the loyal fans (with enough crypto) may always treasure a piece of their favorite sports or film as digital memorabilia, which also acts as virtual money.