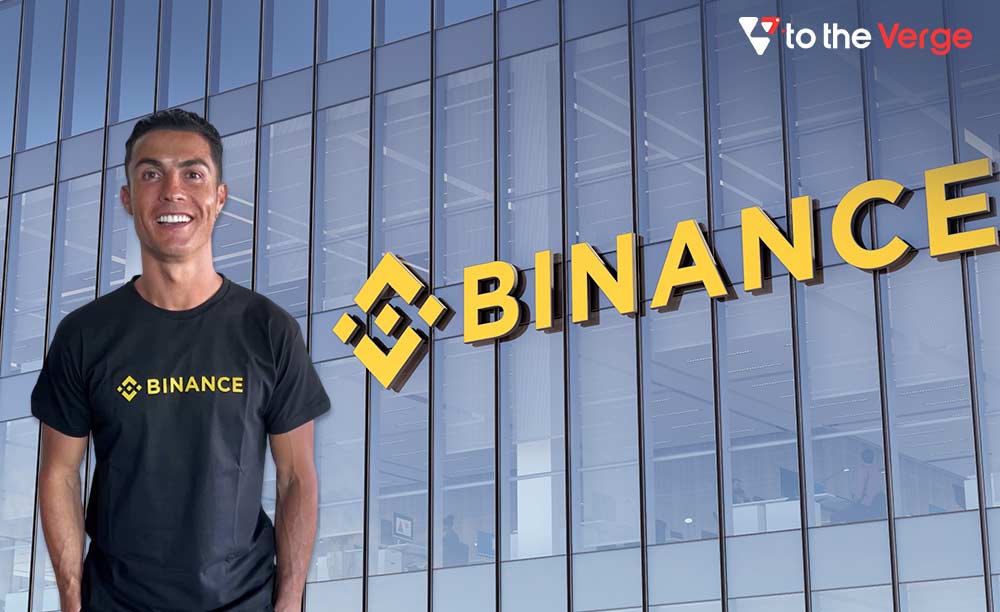 Cristiano Ronaldo To “Change The NFT Game” With Binance

Cristiano Ronaldo, the legendary athlete and global football star, is teaming up with Binance to redefine the NFT game!

Cristiano Ronaldo seems to be the newest celebrity to join the NFT bandwagon. Ronaldo has agreed to a multi-year contract with Binance, the world’s largest crypto exchange by daily trading volume, according to a statement released on June 23.

As part of the agreement, numerous Ronaldo NFT collections will be made and distributed solely on the Binance NFT market throughout each year of the contract.

Cristiano Ronaldo made the announcement through a video on his social media networks earlier today. Notably, the renowned footballer does have one of the world’s largest social media followings. His Twitter and Instagram accounts, for example, have 560 million followers combined.

In his announcement post, Ronaldo said, “Together, we’ll give you the opportunity to have an iconic symbol of sports history.”

Ronaldo’s first Binance NFTs are slated to go on sale soon this year. NFTs are blockchain-based tokens used to demonstrate ownership of digital or physical assets.

“My connection with the fans is very important to me,” Ronaldo said in a statement. “The notion of giving unique experiences and access through this NFT network is something which I wanted to be a part of.”

Similarly, the video has 5.7 million Instagram views and 1.8 million Twitter views. Clearly, this demonstrates how influential Cristiano Ronaldo can be for Binance as they embark on this cooperation. Notably, the video itself is devoid of specifics. In it, Ronaldo promises supporters that he and Binance will “transform the NFT game and elevate football to the next level.”

Binance notes in its own announcement tweet that the relationship is an exclusive multi-year arrangement centered on NFTs. “This is your chance to own an iconic symbol of sports history and join CR7’s Web3 community,” it said.

Cristiano Ronaldo’s introduction into the NFT industry with Binance is monumental as one of the world’s most beloved superstars. But, of course, he isn’t the first major sports figure to enter the NFT market. Notably, Ronaldo’s primary footballing adversary, Lionel Messi, has made inroads into the NFT/crypto area.

Ronaldo’s Binance agreement comes only a few weeks after the business revealed it was supporting artist The Weeknd’s forthcoming global tour, calling it “Crypto-Powered,” in addition to an NFT collection and a $2 million commitment to The Weeknd’s XO Humanitarian Fund under the UN World Food Program.

All of these celebrity deals come despite Binance CEO Changpeng “CZ” Zhao tweeting a week ago that his business had passed on expensive sponsorship opportunities such as “Super Bowl ads” and “stadium naming rights,” allowing Binance to continue hiring despite the crypto bear market and a rash of corporate layoffs.