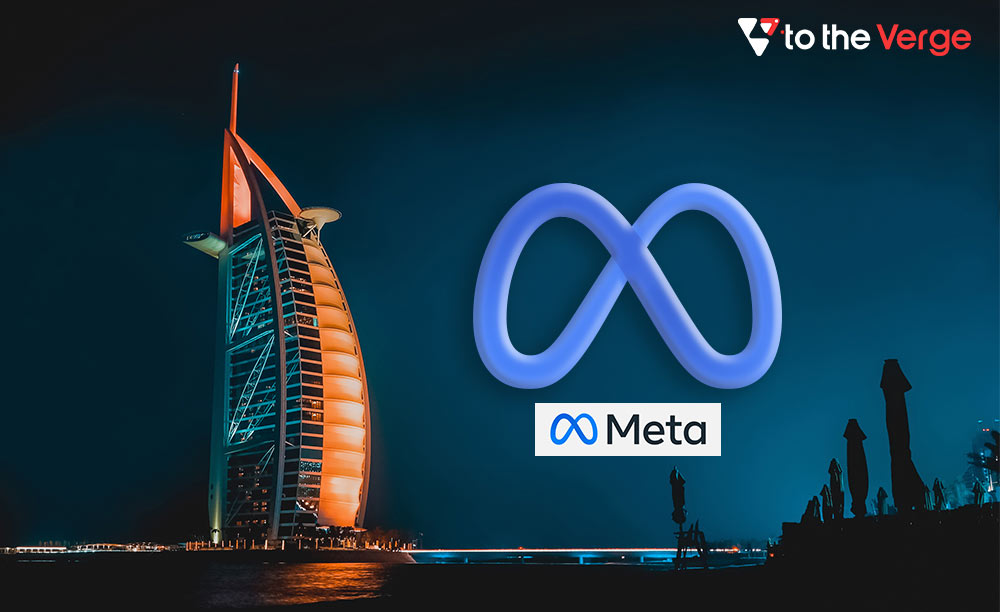 This headquarter will allow the corporation to regroup and manage its regional operations in the Middle East And North Africa (MENA) directly from Dubai, supporting three billion users worldwide and housing more than 100 employees.

Sheikh Hamdan said that the establishment of Meta’s new office in the emirate reflects the continued confidence of the world’s largest technology companies of Dubai and the city’s growth as a global business hub as a base for grabbing new opportunities and advancing innovation.

He was briefed on Meta’s latest services and its long-term objectives and business aspirations during his visit to the company’s new office, as it seeks to strengthen its presence in the MENA region.

Sheryl Sandberg, COO of Meta, who attended the event, said, “This office represents our commitment to the millions of people who use our platforms to express themselves, start and grow businesses, stay connected to their loved ones and their communities. There is a culture of innovation in the UAE that fits our company’s spirit. We share an excitement about the opportunities that a connected world can create economically and socially. The talent and creativity of people across the region will be crucial as we embark on the next chapter for our company – helping to build the metaverse.” 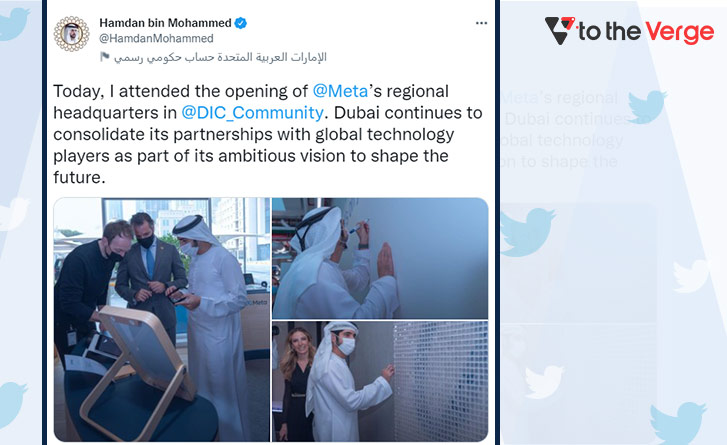 Meta aims to significantly impact various industries through its partnerships with various public and private sector organizations across the MENA region. The company supports small and medium-sized businesses affected by the Covid-19 pandemic by awarding them grants of more than 100. According to the Dubai Media Office statement, Meta has also launched a training and business resource center and a MetaBoost program to help businesses grow.

It was no coincidence that the company chose March 8 for the headquarters opening. They did it on International Women’s Day as a sign of their continued commitment to empowering women in Dubai and worldwide.

READ MORE: 6 Things Investors Need To Know About The Metaverse

Meta’s platforms are being utilized in various ways in the region by everyday users to large global brands and upcoming entrepreneurs.