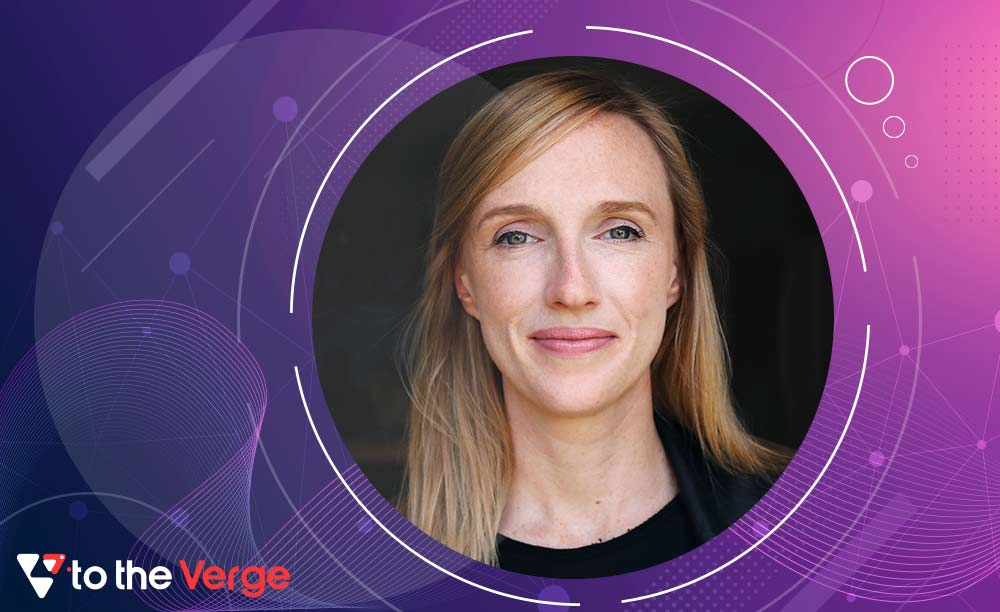 ‘To the Verge’ had an enlightening conversation with Christina Heller, CEO of Metastage. She shared how Metastage synchronizes with the emerging 3D technologies to provide real performances to the audience by integrating art, entertainment, and technology. She also gave her insights on the future of the Metaverse. To know more fascinating facts, read till the end.

Table of Contents show
1 About Metastage
1.1 Synchronicity Of 3D Technologies
1.2 Christina’s Take On Contrast Between Volumetric and Motion Capture:
1.3 Path of Interoparabiltiy With Metastage
1.4 Views on Human-Centric Virtual Performances
1.5 Intersection Of Art, Technology and Entertainment
1.6 Advancement In Opportunities For Creators and Artists With Immersive Technologies:
1.7 Scope Of Holograms
1.8 Christina’s take on NFTs
1.9 Future Of Metaverse
1.10 Conclusion

She shared, “We began our journey as the first US partner for Microsoft Mixed Reality Capture, the world’s most advanced volumetric technology. Our cutting-edge facility enables you to generate a high-fidelity human asset that can be used in applications ranging from mobile augmented reality to high-end interactive virtual reality.”

Metastage was created with the goal of providing dependable solutions for the most critical aspects of the immersive creative process. The organization is a holographic capture stage that lets creators incorporate actual people into interactive experiences as authentically as possible.

“Using 106 cameras, we capture performers from every possible angle, creating a real 3D asset that can be viewed as if the person were standing right in front of you. This technology revolutionizes how we learn, train, and engage with digital worlds.”

Christina explains how three technologies: Volumetric Capture, Motion Capture and Entertainment Scanning, operate synergistically. The organization is focused on bringing the finest of the physical world to the digital and virtual realms.

She shares about the operation of 3D technologies. “No additional suits are necessary for Volumetric capture; the performer just walks onto the stage, we call action, they perform, and we produce a 3D asset of that precise performance. Motion capture is a system that is on stage with volumetric capture. It is typically used for prop tracking and replacement, and Environment scanning lights scan the environment. Our scanner uses high-definition, high-resolution light.”

Christina’s Take On Contrast Between Volumetric and Motion Capture:

According to her, Motion Capture is a high-quality animated asset but can be very expensive. Furthermore, if an individual is attempting to be identified as a star, or public figure, the chances of failing to create an accurate reconstruction are significant. It begins to descend towards the uncanny valley. No matter how wonderful it looks, the animated avatar is still synthetic.

On the other hand, Volumetric Capture eliminates the uncanny valley effect since it is a faithful reconstruction of the person and their performance. Still, it also has the realism to back it up.

She says, “One of our first jobs was with New York Times. The New York Times chose the volumetric capture because of its authenticity.”

She says, “Our sets are extremely versatile, and you can capture them once and deploy them to many virtual mediums and platforms. So I wouldn’t say we’re interoperable with every 3D platform, but we interact with most of them this time.”

Metastage is extensible with most platforms, including Unity, Real, and the Web. Christina discussed how Metastage and Snapchat collaborated to create the first Volumetric Snap Lens. The collaboration was a partnership between Microsoft, Snapchat, Metastage and Universal. It was for the promotion of ‘Halloween Kills,’ a horror movie released in October. It was a lens where Michael Myers comes at you with a knife.

Metastage’s sole purpose, according to Christina, is to build a creative and conducive environment to execute wonderful performances.

She explains the whole process. “We always start with the new project questionnaire when someone enters Metastage. The questionnaire asks all the related questions necessary for the consulting round. The round, props, dress, and hair are frequently consulted. Then, once we’ve got it down, it’s relatively straightforward for the clients. They walk in, take the stage, and we say action. After that, it’s all about putting on the finest show possible. They can then conduct many takes to achieve the desired result.”

“After we’ve captured many takes, we send them to customers for assessment, and they give us the time codes for what they want us to finalize. And we can do it in only two weeks. So, as a result, it may be a very efficient procedure for both clients and developers.”

Intersection Of Art, Technology and Entertainment

Christina shares her experiences with Metastage. The organization has a front-row seat to what some of the most interesting visionaries, artists and creators are doing in the metaverse space. In addition, the organization provides her with similar technological processes to work on.

“We are always pushing the boundaries and experimenting with new workflows. And I think the practical applications are just as exciting as the entertaining ones.”

She also made the intersection’s importance extremely obvious. “What happens on stage is what you receive on the other side,” she explains. There is no discrepancy between live and virtual performances.

However, she believes that advances in virtual performances will be cutting-edge in the future era of entertainment.

Advancement In Opportunities For Creators and Artists With Immersive Technologies:

She says, “Yes, we do our best to accommodate independent projects and artists. Unfortunately, we haven’t fully subsidized the work we do, but we try our best to give opportunities to independent creators.”

“For independent developers, we provide a program called Volcap access. They will receive stage discounts to get their initiatives off the ground. When someone comes to us with an idea, we often find that a shorter version of it would accomplish the same result. So, by narrowing the scope of independent artists’ ambitions, we can occasionally provide them with something they can work.”

She shares, “I believe that the current display technologies constrain what we’ve collected in Metastage. So I’m certain that what we’re recording is future-proof. As 3D gear evolves, such as AR glasses and holographic displays, it will be possible to consume it in new and perhaps more engaging ways. So, it is a technological need. Everything we capture is of archival heritage quality, which will increase in value over time.”

“We have done a couple of experiments with NFTs. But, of course, we’re always willing to collaborate with NFTs. However, NFT demands a business strategy; everything is done on a case-by-case basis with that job.”

Christina defines the Metaverse as “our virtual and digital reality.” It’s scattered throughout video games, social media, virtual reality, and augmented reality. In the present metaverse, we will observe slow progress. The Internet will become more specialized, AR glasses (Augmented Reality Glasses) will become more ordinary, and consumer use of VR will increase.

“Metaverse, in my opinion, is a term used to define the digital layer that will superimpose itself over our physical existence. Since 2014, I’ve been working with augmented reality and virtual reality. As a result, I understand my role in the content space and how I can contribute to creating great stuff for others to enjoy in the metaverse.”

The important takeaways from our interaction with Christina Heller involve the astonishing capabilities of Metastage, capturing performers from all angles and resulting in the creation of 3D assets that blurs the virtual and physical lines of representation. Therefore, we may expect 3D technology to transform the contemporary methods of learning, training and interacting with digital environments in the future.

Christina Heller is the CEO of Metastage. Since its founding in 2018, Metastage has completed over 200 productions with major brands and award-winning projects, including two Emmy nominations. Christina was formerly the CEO of VR Playhouse, an immersive video firm whose productions have screened at SXSW, Sundance, and the Cannes Film Festival.

In addition, she was designated one of five women altering the virtual reality landscape in the Huffington Post and received the Advanced Imaging Society’s Distinguished Leadership in Technology Award.