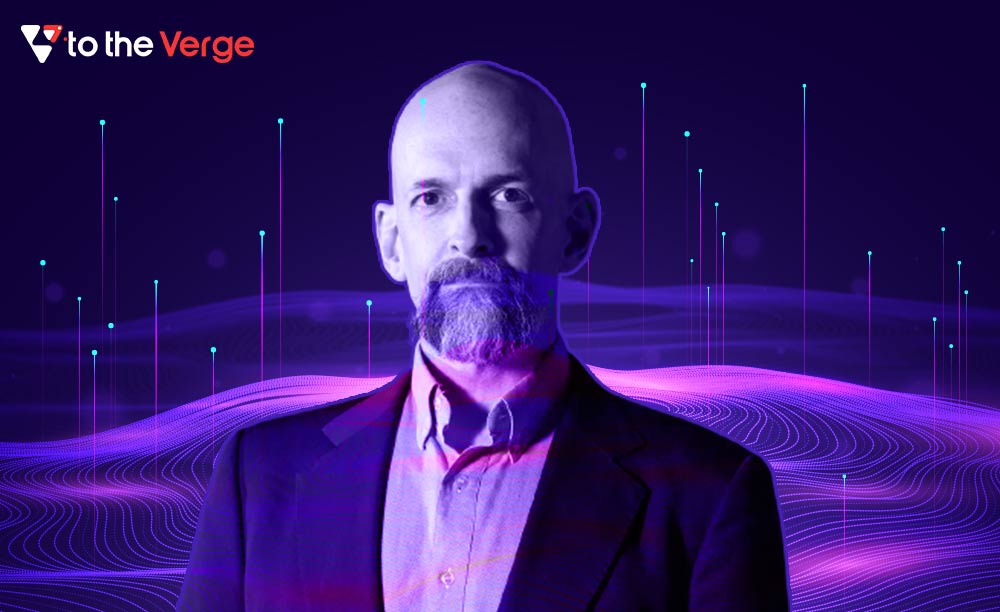 ‘Father’ of the Metaverse Neal Stephenson To Launch Metaverse Blockchain

Neal Stephenson, the author of the term “Metaverse” 30 years ago, is establishing LAMINA1, a blockchain project centered on the Metaverse.

They both want to develop a new immersive experience based on Snow Crash, as well as build infrastructure and make tools available to assist third-party producers in creating Open Metaverse experiences at scale.

He has also updated his vision for the Metaverse, indicating that the experience would most likely be targeted toward flat 2D screens rather than virtual or augmented reality equipment like headgear and glasses, as envisioned by Meta and Microsoft.

Stephenson is a well-known speculative fiction author who, in his 1992 sci-fi novel Snow Crash, explores the notion of a virtual reality universe known as the Metaverse. Between 2014 and 2020, the 62-year-old worked as the chief futurist at Magic, an augmented reality (AR) company.

As envisioned in Stephenson’s novel Snow Crash, which is celebrating its 30th anniversary this year, the Metaverse is a virtual urban setting that can be accessed via a global fiber-optic network and virtual reality headsets.

“A place to build something a little closer to Neal’s vision — one that prioritizes creators, both technical and artistic, one that offers assistance, spatial computing technology, and a community to encourage those who are building out the Metaverse,” Vessenes wrote, adding that the network will “probably” be carbon negative.

At this point, specifics about the project are few. However, Ethereum co-founder Joseph Lubin stands out among the project’s early investors.

“Neal brings his vision, wisdom, experience, and some core goals: helping get artists and other value creators paid properly for their work, helping the environment, and seeing a truly Open Metaverse get built instead of seeing the Metaverse vision co-opted by monopolies,” Vessenes said of the co-founders’ roles at LAMINA1.

Neal wants to assist creators in being compensated properly for their work, preserve the environment, and see a really Open Metaverse arise rather than the monopolistic Metaverse vision.

Vessenes intends to provide a technological and economical design to Neal’s concept that will allow Lamina1 to be produced sustainably and deployed as soon as the necessary procedures are in place.

Along with Stephenson and Vessenes, Tony Parisi, the former head of AR/VR at Unity, and Advisor Rony Abovitz, founder of Sun and Thunder, have joined the Lamina1 team.

Stephenson also revealed some Metaverse information on Twitter. He believes that current game production is still based on displays for both the creator and the player. In the Metaverse, rather than only VR, a hybrid technique that involves both 2D screens and AR/VR technologies would be employed.

“We traverse and interact with incredibly rich 3D landscapes utilizing mechanical typewriter keyboards.” It’s real-life steampunk. “A Metaverse that ignores its users and the developers who create those experiences would be starting off on the wrong foot,” he tweeted.